Google's Pixels have only been sold directly by one of the 'big four' US carriers for years - we mean Verizon. But now the strategy seems to be ready to change. Last month there were mumblings about T-Mobile soon starting sales of the Pixel 3 and 3 XL, as well as the yet-unannounced Pixel 3a and 3a XL.

And today a purported leak of an internal document from a Sprint store somewhere in the US clearly shows that it will get a retail display fixture at some point in the future, for the Pixel 3 XL. 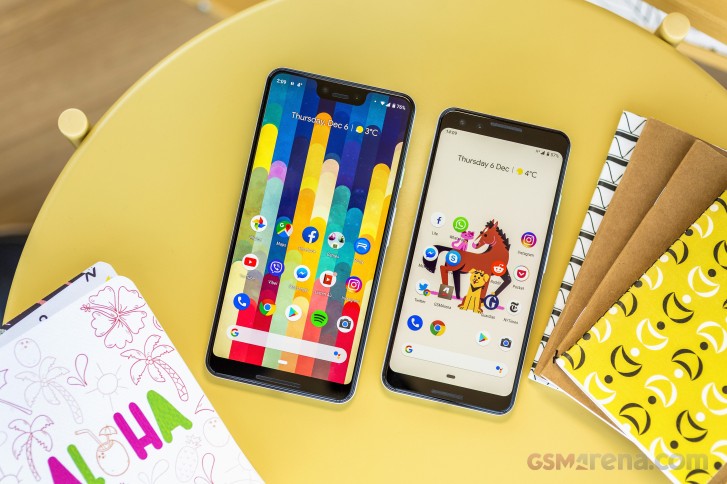 And why have a retail display if you aren't going to sell the phone it shows? Exactly. Although the smaller Pixel 3 isn't mentioned in this document, we're assuming it will also be offered by the carrier alongside its bigger, notchier brother. Whether Sprint will also stock the mid-range 3a and 3a XL is a different story, we'll have to wait and see.

All in all, it seems like Verizon's exclusivity is going to end this year, and that might help Google sell some more devices, which it needs to do seeing as how the latest generation Pixels have apparently performed worse than their predecessors from that point of view.

Given the timing of these leaks related to T-Mobile and Sprint joining the Pixel party, it's likely that Google will make an official announcement about the expanded availability of its smartphones during its developer conference, I/O, next Tuesday. AT&T will be the only 'big four' carrier left without any Pixels in its stable.

Google Pixel 3a and 3a XL's specs, pictures, and promo materials leak ahead of May 7 launch

Google Pixel 3a and Pixel 3a XL arriving on May 8

Google Pixel 3a and 3a XL pass Bluetooth certification

Nop. In fact the revenues are low till the point to reconsider if it worth. If Pixel 3a and 3a XL flop.... not sure what will they do. Google's CEO gets hammered on Google's hardware not representing significant revenues: https://www.reddit.co ...

Great that pixels will be available to more carriers.

Google pixel is a beta phone filled with bugs and has an extremely vaverage screen and average storage, good photo,average videoand is slow AF but rhas a ridiculously huge price