There was a time when it seemed Nintendo would never make a game for the mobile market. The Japanese gaming giant seemed too uptight when it came to leaving its own ecosystem of devices and stepping into the somewhat murky waters of mobile gaming, and would rather go down with the ship, if it came to that, than evolve with the times. 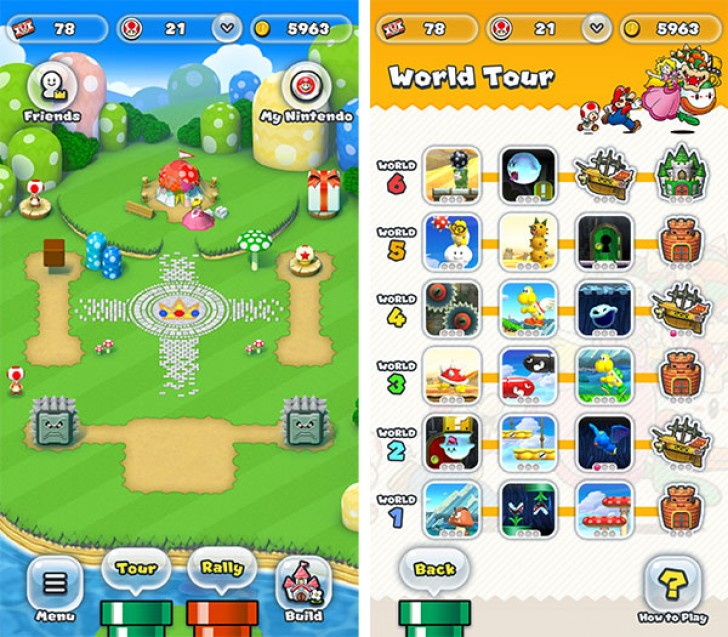 But with the launch of Pokémon GO, it seemed like things are starting to change. Made in collaboration with Niantic, the game turned out to be a worldwide phenomenon, and for a while it seemed like no one will ever talk about anything else. But then at the iPhone 7 launch event came the announcement that people have been waiting for years; Nintendo was finally going to make a game for mobile itself, and it was going to be based on none other than its crown jewel IP, the Super Mario. And thus we have the Super Mario Run, the first Nintendo game made exclusively for mobile.

While the name brings to mind Temple Run and the million other games that spawned in its wake, Super Mario Run is not an endless runner. It is in fact a 2D side scrolling platformer, much like the game that started this series back in 1985. 31 years later, some things are bound to have changed, but a lot have remained the same.

For starters, Super Mario Run is optimized for one-handed use. That seems to be the main pitch for the game, which makes sense as it's not easy to play games on the phone with a lot of complex controls and the best games are often those that require just one finger input.

In Super Mario Run, your character automatically runs forward and the only control you have at your disposal is jump. You can tap once to make a short jump or press and hold for a longer one. To make things easier, the character will automatically vault over certain enemies and obstacles in your path so you don't even need to hit jump for those. That's pretty much the gameplay in a gist; it's just a lot of jumping. Makes you wonder why they didn't call it Super Mario Jump instead. 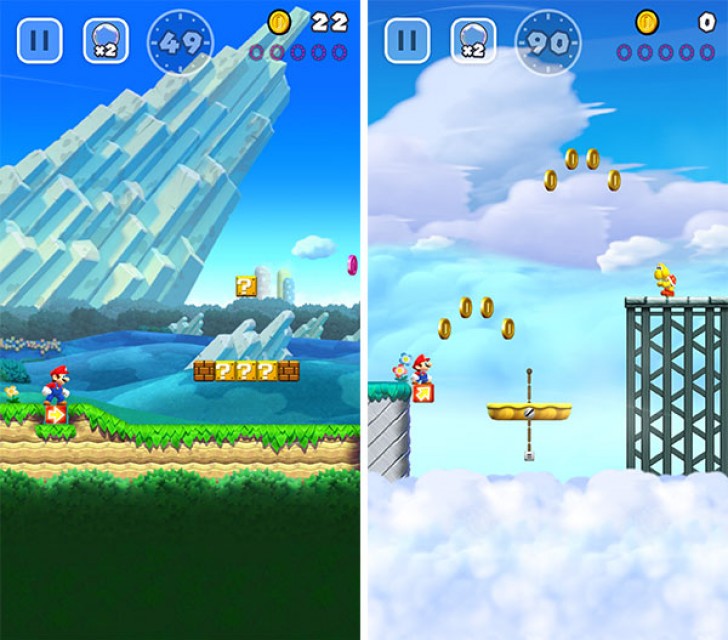 In a typical level, you have to jump around the platforms to collect the maximum number of coins that you can in a level while avoiding or killing enemies and jumping over obstacles. Each level also includes five pink coins that are worth five gold coins each. These are a bit harder to reach. if you collect all five in a level, they are replaced with five purple coins next time you play the level that are even harder to reach. If you get all of those then next time you have to collect black coins. Each level ends with the same flag pole jump as in the original game.

The game is divided into six worlds with four levels each. The fourth level in each world ends in a fight with one of Bowser's decoys where you have to get past them and drop the floor beneath them. The end objective is to fight the real Bowser in the last level and rescue Princess Peach.

The single-tap-to-jump nature of the gameplay makes it very reminiscent of the Rayman series of games on mobile. It might seem as if you just have to jump but the jumps have to be made at precise points. You could get by with some carelessness if you just intend to finish the level before the timer runs out and go to the next one but if you're a completionist trying to get all the coins or kill all the enemies in a level then you will have to try much, much harder. This does give the game a lot of replay value, as the first time you can just focus on finishing the level and during successive plays try and collect as many of the coins as you can. This is just as well because the game doesn't have that many levels and the 24 that are available could be finished in an hour during the first playthrough. A lot of the gameplay features that makes it a Mario game are still there. You collect mushrooms to get bigger, which gives you additional protection against damage and also able to break through bricks. You jump on enemies like the Goomba to flatten them or on a Koopa Troopa to turn its shell into a weapon that takes out other enemies in your path. You can also hit jump while Mario is automatically jumping over the enemies to do a flip that gets you additional coins. There is also the occasional Starman that makes Mario temporarily invincible while also attracting nearby coins. Unfortunately, Mario has no projectile weapon due to the single function control nature of the game, so you have to use the aforementioned methods to take out your enemies. You also get no 1UPs.

Each level has three lives but instead of the level starting from the beginning you just go back slightly and start again from there. You can control to some extent where to start from but occasionally the game drops you in an awkward spot from where it is difficult to escape without dying again. After the three lives are over the level has to be restarted.

Overall, the gameplay in Super Mario Run is entertaining. If you enjoy platformers with split-second jump mechanics then you will definitely like this. The lack of control for the movement is put to good use, as it adds that extra bit of difficulty to the game, leaving you with just jump to decide the fate of your character and how well you do in the level. Once you get into the groove of it, you will find yourself replaying levels over and over again till you get all the coins and get 100% completion.

Apart from the main World Tour, the game also has a Toad Rally feature, where you compete with your friends or other people online to see who does the best in a level. You both run across the same level and the one who collects the most coins and impresses the most Toads wins. When you win, the Toads you impressed come to work for you to build your kingdom.

Kingdom building is another element of the game, which is not exactly gameplay but more of a customization feature. In case you're wondering what happens to the coins you collect in the game, there are used to buy objects that are then used to build and decorate your kingdom, which is basically like the homescreen of the game.

Visually, Super Mario Run does look quite decent and if you haven't played a Mario game in a while it will look remarkably different. However, we are still dealing with the typical Mario aesthetic over here, which admittedly might not be to everyone's tastes as it is, to some extent, juvenile and something kids will probably appreciate more than adults. Same goes for all the audio in the game as well, and Mario's voice may or may not get on your nerves (it did get on mine). I must mention that the level designs here somehow seem less imaginative than they were 31 years ago and a lot of the designs get recycled within the 24 levels that are present here.

The game manages all online activities using a Nintendo account instead of the native Game Center account. You will need to create a Nintendo account if you don't have one but if you do it will be used to backup and sync your progress across devices. You can use it to add friends to your game to play against. Super Mario Run is a free download from the App Store. However, that will only get you the first three levels. Everything else in the game is behind a $10 paywall, which is not an unreasonable amount but something to consider before downloading. The game also downloads additional data on top of what is mentioned on the App Store page, which takes its size from 173MB to 346MB. The game also requires an always online connection to play.

Overall, Super Mario Run is a bit of a mixed bag. The game rewards quick reflexes and if you like to slog to find all the items in a level then there is plenty of replay value. The one-touch controls have also been well implemented and while the gameplay might seem limited because of that it does make playing the game a lot easier on a smartphone with no actual buttons. On the downside, there just aren't enough levels in the game and if you're not into slogging to collect all the items then you will be done with it in a remarkably short amount of time.

In the end, this might not be the quintessential Mario game you might have been waiting for on mobile as it is severely limited in many ways. However, what is there is enjoyable and as long as you keep your expectations in check you might end up liking it.

Special edition Nintendo 3DS will go for $100 on Black Friday

using around 60-65 MB per hour!! fine while you are on wifi, but on non unlimited mobile data connections this is terrible. and all to "stop piracy"...if that were true it wouldn't need hardly any data.. this game must be stealing everything ...

I ain't murdering my data plan over this shitty game.