Microsoft is bringing a couple of 2-in-1 Surface convertibles to India. They aren’t new – the Surface Pro 8 and Surface Pro 7+ were both announced last year – but this is the first time they will be available in the country.

The Microsoft Surface Pro 8 is already going up on pre-order on select retailers, though availability is some a few weeks off as sales will start on February 15. You will be able to pick one up from Amazon and Reliance Digital. 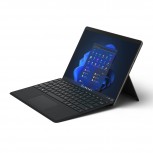 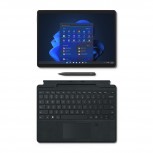 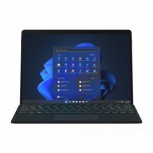 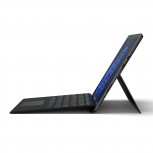 The Pro 8 starts at ₹105,000. With its 11th generation Intel Core processor (i3, i5 or i7), it can be twice as fast as the old Pro 7. It is built on the Intel Evo platform, comes with two Thunderbolt 4 ports and promises 16 hours of battery life.

This 13” tablet has a detachable keyboard, which also has built-in storage for the Slim Pen stylus. Some configurations have 4G LTE connectivity built-in, though these seem to be aimed at business users only.

Note that if you pre-order the Surface Pro 8 from select retailers, you will get the fancier Surface Pro Signature Keyboard (valued at ₹17,000) for free.

The Microsoft Surface Pro 7+ also uses 11th gen Intel Core processors (i3 to i7) and promises up to 15 hours of battery life. This one comes with one USB-C and one USB-A ports. The Surface Pro 7+ for Business actually launched a year ago, now some models are becoming available to consumers as well – sales will start on February 15. 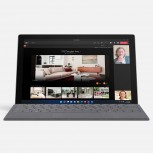 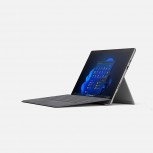 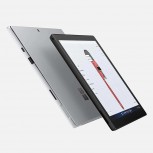 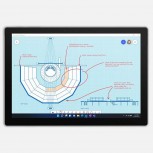 The price is quite prohibitive. I'm not sure if this is going to sell very well.

Never buy a Microsoft product. I bought 3windows phone s and every body knows what happened. Good product s but Microsoft itself will force the poor customer to quit . Because they always have a reason to I'll treat the poor people who trust the...