PC Mag held an interesting survey surrounding the question: Why did you switch platforms (between iOS and Android)? There are countless discussions of people passionately defending one platform over the other and while we sometimes do hear about those who switch and don’t look back, this survey gives us an insight into the reasoning behind users’ switch to the other platform.

The survey covers 2,500 participants over three days via a Google Survey. 18 percent of participants switched from Android to iOS while 11 percent went vice-versa. This significantly decreases the sample size of participants that answered questions based on switching. Meanwhile, 71% of people surveyed 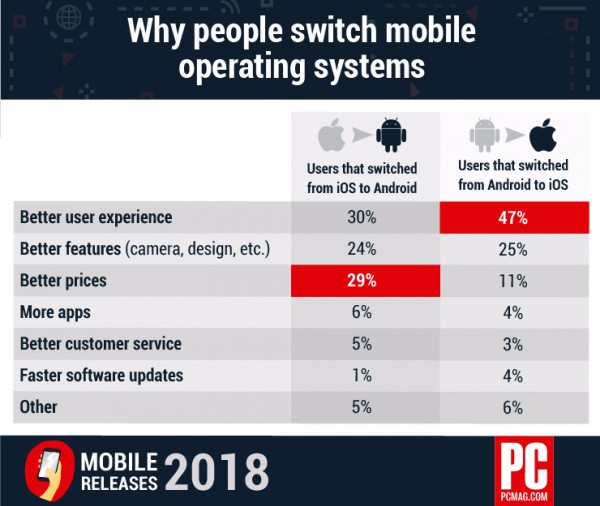 The next reason that iOS users switch to Android is for better prices, and we think this is more representative of the whole population. We all know that iPhones are expensive and there is a far larger selection of Android devices with much lower prices than Apple’s. However, 11% of Android users that switched to iOS cite the same reason for switching. Meanwhile, 25% of iOS users that switched from Android say they switched for better features. 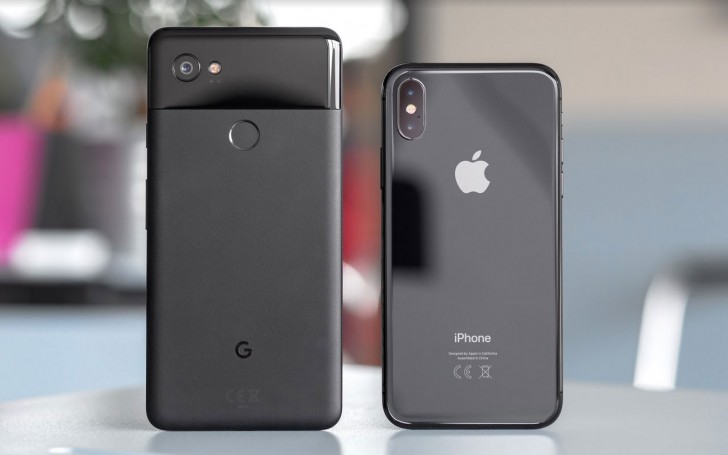 Google Pixel 2XL next to the iPhone X

The other reasons listed are more apps, better customer service, faster software updates, and “other”. Each of these categories scores 6% or less of the votes or less for switchers of either direction.

What about our readers? Have you switched between smartphone platforms recently? Or do you fall under the majority of users that hasn’t ever switched and has no plans to?

Check out the source link to read the full report from PCMag.

My phone history since 2010: iPhone 4, Nexus 4, HTC One, Galaxy S4, Galaxy S7, Galaxy S7 edge, Essential PH-1 Reading these forums I'm left with the impression that if there was a time when iPhone fanboys trolled heavily it has long since ended. ...

All of us are living on this planet. To be able to advance further into the future we have to start sharing among us. Design in US, materials from China, built in Vietnam, repaired in Philippines. We have to be able to acknowledge that someone can im...

Android is the way to go. Open source, no locked eco system, do what you want with your phone not what Apple dictates you