Initially unveiled back in January and properly announced in April, TCL’s 10 Pro and 10L will officially go on sale in North America starting May 19. The TCL 10 Pro will retail for $450 while the 10L will be priced at $250. Both phones will be offered through Amazon initially, with BestBuy, Walmart and several carriers in Canada later this summer. 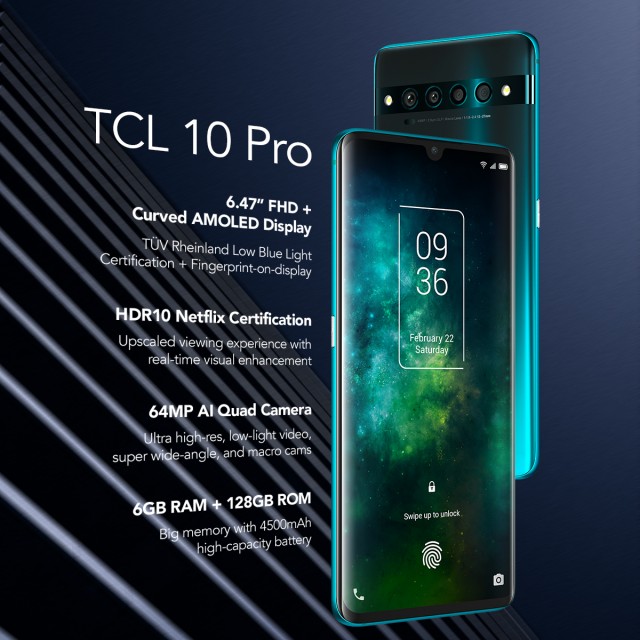 The 10 Pro brings a curved 6.47-inch FHD+ AMOLED display with support for SDR to HDR remapping through TCL’s NXTVISION chip. The panel has a teardrop notch for the 24MP selfie camera and a built-in fingerprint reader.

Around the back, we have a 64MP main camera coupled with a 16MP ultrawide snapper, 5MP low light camera and a 2MP depth helper. The 10 Pro runs on the Snapdragon 675 SoC alongside 6GB RAM and 128GB expandable storage. The battery is rated at 4,500 mAh while the software front is covered by Android 10. 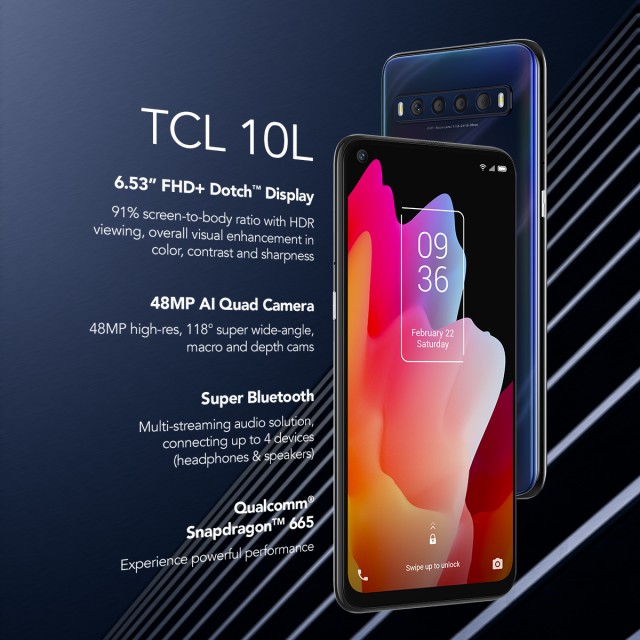 The 10L is built around a flat 6.53-inch LCD panel with a punch-hole cutout for its 8MP selfie shooter and the same SDR to HDR conversion capability. Its rear houses the 48MP primary camera alongside an 8MP ultrawide snapper and 2MP macro shooter.

Under the hood, we have the Snapdragon 665 chipset with 6GB RAM and 64 or 128GB of expandable storage. The battery comes in at 4,000 mAh and the phone boots Android 10.

We managed to get out hands-on the TCL 10 series phones during their announcement in April and you can check our initial impressions here.

The 10 Pro looks like a really good phone, but it's just a tad bit too expensive.