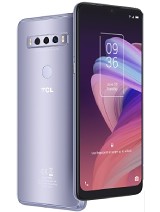 This phone has worked very well as I was in a pickle around last Christmas and badly needed a replacement phone as my previous Samsung quit working properly. It's nothing spectacular or sexy even, but it's been a trooper as it's taken a beating and not cracked on me yet. There are tons of scratches and blemishes but no cracks. I work a busy job so that's commendable. However the camera on this phone stinks. It's nowhere near 48 MP; at least I haven't seen so. It does an okay job on the back end. The front end or selfie camera is pure garbage though. Video wise it's passable. It also gets very hot if you watch a lot of videos; I go with You Tube at work and it gets heated after a little bit of play I have to turn it off. Also this isn't a 5G phone; it's basic in that way. It makes me laugh hard that TCL is charging 500 bucks for a 5G phone when everyone else is a good 200 bucks cheaper on Amazon. Hilarious.

If you need a budget one for a short period, or looking for a starter phone for the kids this would work well. Don't plan on keeping this longer than you have to otherwise.

This phone is overpriced garbage, I wish LG hadn't stopped making phones, those phones were awesome.

CptPower, 14 Jul 2020Well the screen and its curves too and some other things. This phone is horrible, had it for a month and there was no redeemable qualities about it. I don't consider it looking like another phone a reason to consider it a good phone. I'd rather have a good phone that performs well and has decent specs and chipset than a lookalike clone phone that lags at every point. Switched to a Google pixel 4a for not too much more and it blew this out of the water.

Dipak, 31 Aug 2020Good mobileI'm just looking to replace my LG Stylo 5 because it's extremely cracked. Hopefully it will hold as many or more apps as this one.

I bought this phone because of the memory. Some things I noticed. Camera says it's 48MP but seems not like it. I don't know if it's just me but yeah, not the like of Samsung. Also, I tried some light to medium games and at some point, it lags between transitions. Tried Genshin Impact and it can't handle it.

Nothing special with this special editon specialy the p22. Not special at all.

Apparently it has FM radio, but no app for it?

It does not have wifi ac (5GHz) as stated in this page. A very good phone for the price (100€ on blackfriday) nonetheless

98€ in amazon spain for black friday. A steal for this price even with the weak helio p22

CptPower, 20 Jul 2020But the phone looks like Samsung S10 no matter what yu think. The camera layout does, but once again, that's the only good thing about this phone.

joe nodden, 16 Jul 2020No. The screen is awful. Absolutely abysmal. But the phone looks like Samsung S10 no matter what yu think.