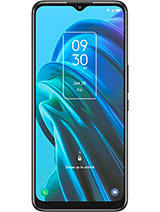 Does it have slot for second SIM? Or is it just single SIM?

Kcscott11, 20 Apr 2022These seem like great budget phones. The one thing manufact... moreYes- and it does not work as far as I can tell. It's not the cord itself. The cable works fine with my Samsung s10+. The other cable I use regularly with my phone also does not work with this phone. Will only charge. Very disappointing because my mom doesn't have wifi and I thought she would be able to watch her Netflix shows on her TV but no luck. Otherwise the phone is great. Only drawback- but it's a big one.

These seem like great budget phones. The one thing manufacturers fail to put on specs on budget phones and even many flag ship phones is whether or not they support hdmi over usbc (also known as alt mode) I have syatyed buying damaged and black listed phones and testing this feature and many many many phones support it that aren't listed on The manufacturer site, manual, or any other site such as gsm arena. I'm curious if anyone has tried displaying usb to hdmi display with this phone? Or maybe it's big sister the 30 V 5G as it's not listed either.