We are now only hours away from the official unveiling of the Xiaomi Mi 5s. And if you have been keeping up with the rumor mill, then you likely know already that it is more or less an upgraded version of the company's current flagship offer. However, there are still at least a couple of important changes to note. One, of course, being the Snapdragon 821 SoC. The other major thing going around in rumors has been Qualcomm's Ultrasonic Fingerprint scanner. 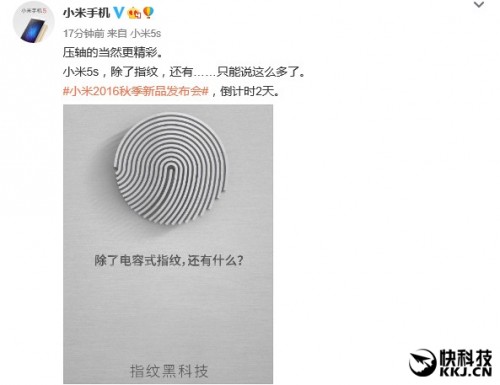 The latter's debut on the Mi 5s has been subject to a lot of debate. However, today finally brings proof that the reader will, indeed, be present on the flagship. It comes in the form of a teaser, posted on Weibo by Wang Yang, director of IHS Technology. 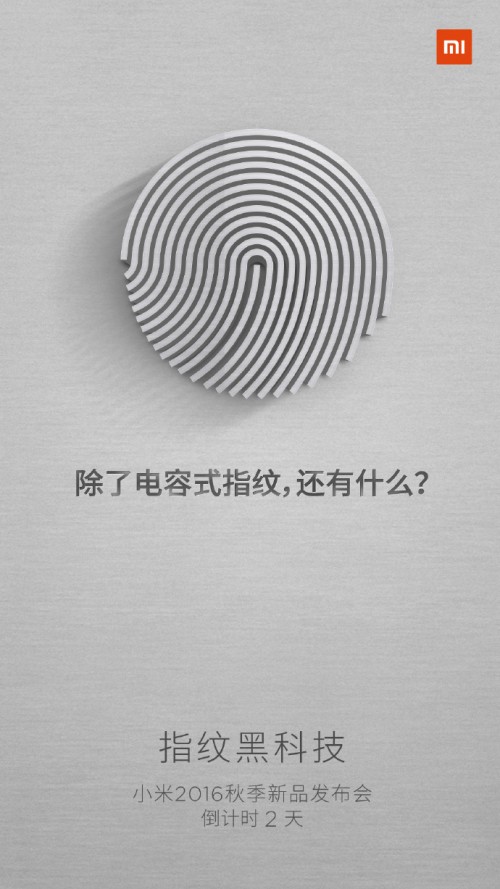 And if you are wondering what the big fuss is about, there are actually a few things about the new tech to get you excited. According to Qualcomm, this is a third generation fingerprint scanner that works quite differently from current capacitive models. For instance, it can work despite dirt and moisture, both currently a problem. Better yet, the Ultrasonic Fingerprint scanner can also function through other surfaces, like glass and even metal.

This will allow manufacturers to keep the reader out of sight and hide it away underneath a flush back panel or a front one, minus buttons and other controls. This is likely the approach Xiaomi will take with the Mi 5s - a clean front panel with no physical button. However, this is yet to be confirmed.

Great! Does it work on web. Does it have an API that allows developers to integrate it with web applications?

Well it's no surprise if its implementation is still a bit flawed. But the more it is used, the better oems can get an idea on how to improve it.

it doesn't have Gyro, i'm not sure about the VR games cuz the phone comes with some VR settings (default apps) so i can't say 100% sure it won't work but at least for pokemon go u can't turn on AR (for example)