Tecno has launched another Premier phone with a major focus on the camera department. The new Tecno Camon 18 Premier features a significant photography upgrade over the previous Camon 16 Premier and Camon 17 Pro with premium features like gimbal stabilization and long-range zoom thanks to a periscopic lens.

Tecno mainly targets developing countries, which is why it has a different approach to its smartphones than the mainstream makers. The Camon series bring large screens and batteries, with good camera experience and satisfying performance on the cheap. The price is kept even lower thanks to pre-installed partner apps and baked-in ads within the interface. For some, this might be a deal-breaker, but for others - a welcome tradeoff they'd gladly make.

Indeed, the Camon 18 Premier has a few flagship-worthy traits like a large 120Hz AMOLED screen, there is 256GB base storage, a large battery with fast 33W charging, but most importantly - an impressive camera on the back. The primary shooter is a typical 64MP snapper we've seen numerous times, but then you get an 8MP telephoto camera with long-range 5x optical zoom and 12MP ultrawide snapper with gimbal stabilization. 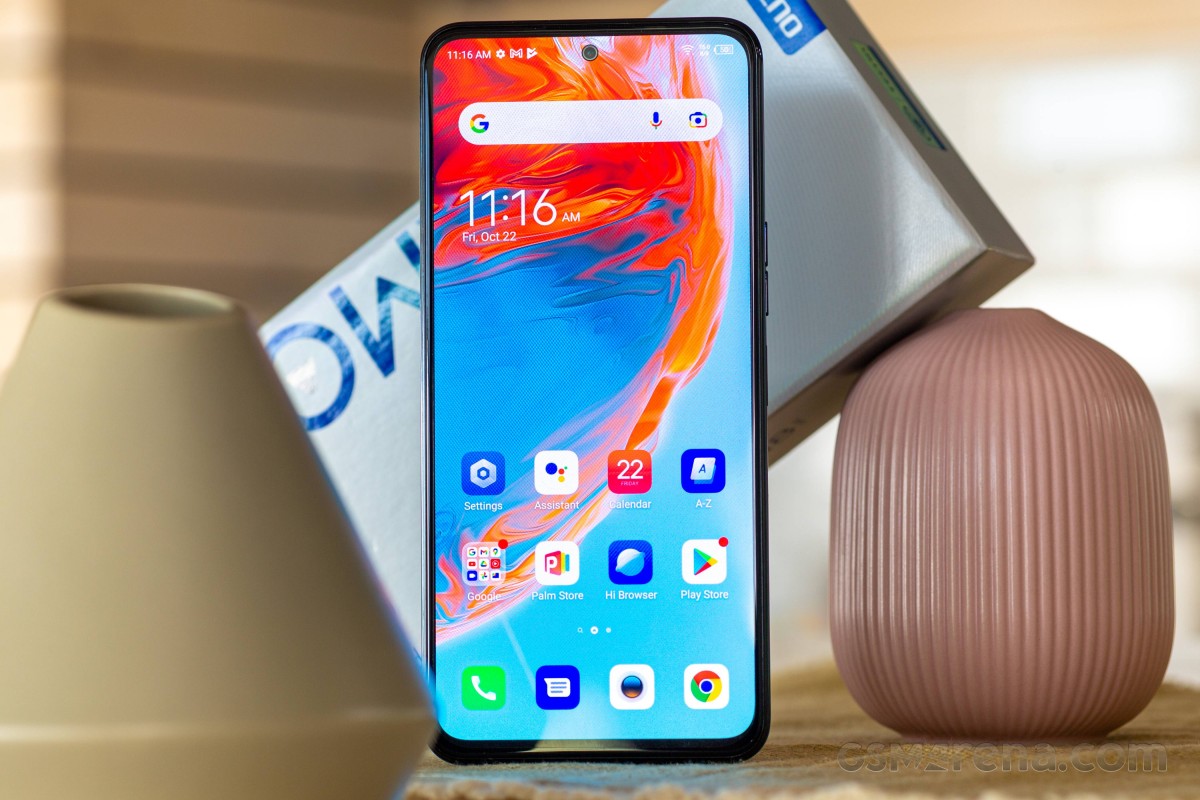 The Tecno Camon 18 Premier is also one beautiful smartphone with dual-glass design, catchy paintjobs, and a thin 8mm profile. It packs fan-favorite features like a 3.5mm jack, a microSD expansion, and even FM radio. There is also something few phones can offer - a dedicated selfie LED flash!

Let's take a close look at the specs sheet.

The Tecno Camon 18 Premier is obviously not ideal - the Helio G96 chip is alright, but gaming on it may require a few graphic tweaks if you are after a smooth performance. And even if the screen allows up to 120fps, we doubt any game would be able to achieve it.

What we really miss are stereo speakers and some sort of protection against the elements - basic splash resistance would have been nice. But the camera probably swallowed a lot of the budget, so we'll try not to hold these omissions against this Premier.

The Tecno phones offer rich retail bundles, and the Camon 18 Premier is no different. The retail box has an abundance of accessories starting off with the 33W power adapter and a 3.3A-rated USB cable. 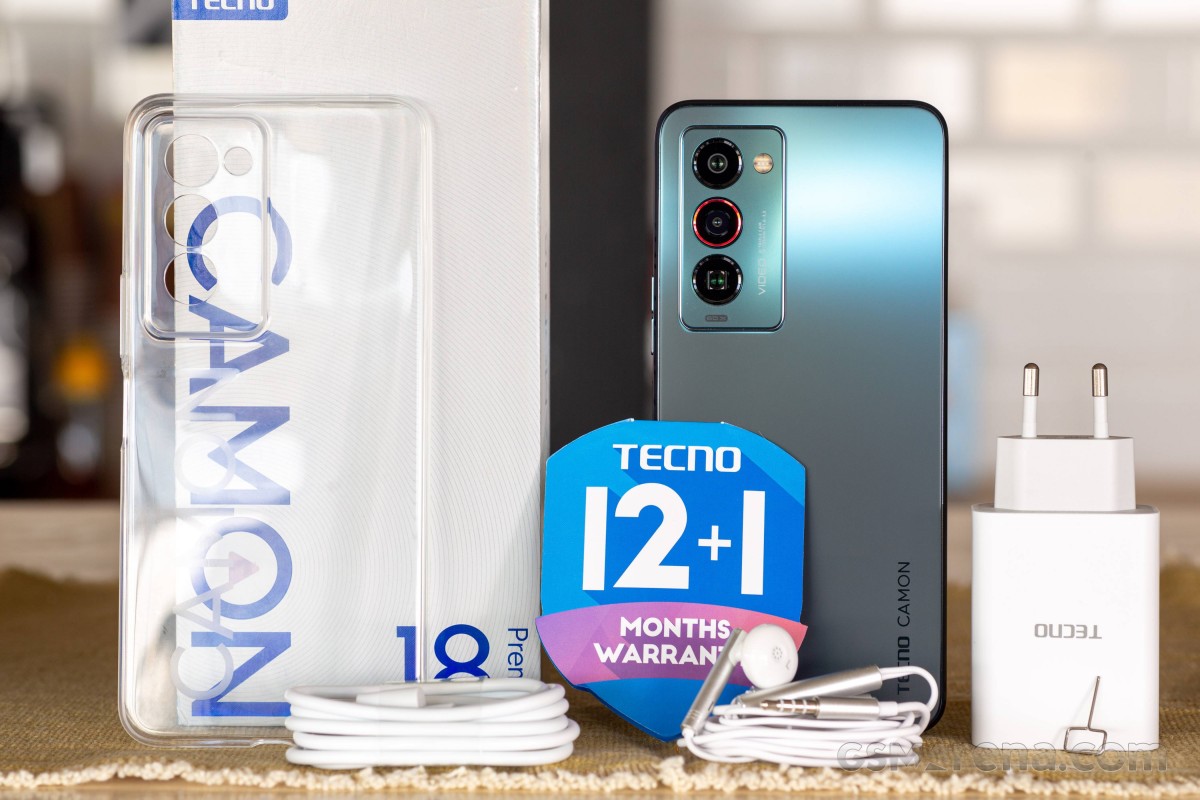 There is also a nice pair of earphones with a mic ending on a 3.5mm jack. You will also find a soft transparent case that not only envelopes the phone, but its camera island as well.

Finally, the Camon 18 Premier arrives with a thin protective film on the screen. Sure, it may not be as durable as a tempered glass shield, but it's not as cheap and smudgy as the ones we've seen pre-installed on some more popular phones.

I can't see any screen record on my own camon 18 premier, with the phone storage I don't really understand it

Upgrade the battery capacity to something like 6000, 4750 is way too low for this kinda phone