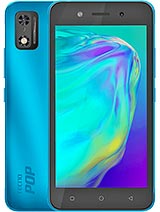 Is it inbuilt battery

bulbulito.bayagbag, 20 Nov 2021Even if you gave this as a gift, the person receiving it wi... moreYh, it's a low level phone

What a joke😥, the prodessor (pop 3 plus) is even better than this, small screen, poor camera not even 4g

Even if you gave this as a gift, the person receiving it will feel insulted.

What the f are these people hoping to archive. Look at the battery!!!

For children, very very basic usage or an replacement phone for a few weeks or a couple of months will do it.

Iphoneking, 13 Nov 2021Lol in 2015 this like flagship Lol, most of the flagships from 2013 is still better than this.
This phone can be considered a flagship if it comes in the era of the Galaxy S2.

ong the best best fone in the world
no hate bros

Iphoneking, 13 Nov 2021Lol in 2015 this like flagship This might not be the best phone for the price but it has its charm 😊

Price 30$ and its ok,phone has purpose.
Maybe its loweeeest but still can watch youtube,using Facebook,Messenger,Viber,Whatsapp,Telegram,Instagram.
Full version or lite nevermind.
Maybe someone need a phone for chating only in telegram group or viber,and why spent 500 $ for phone .

buididipi, 12 Nov 2021Does it come with Android Gingerbread? No, Android 10 Go

buididipi, 12 Nov 2021Does it come with Android Gingerbread? The target customers are different here.

would’ve been cool 7 years ago.

nice 2012 phone I'll recommend it to past passengers