The newly-announced Tecno Spark 5 serves up the big numbers – the phone official boasts a 6.6” screen with 90.2% screen-to-body ratio, a quad camera on the back with a quad LED flash, an octa-core processor with Android 10 and a 5,000mAh battery.

Keep in mind that this phone is on the very affordable side of things – a pre-order in Ghana puts the price at GHS 720, which works out to $125/€115. With that in mind, let’s have a closer look at the specs. 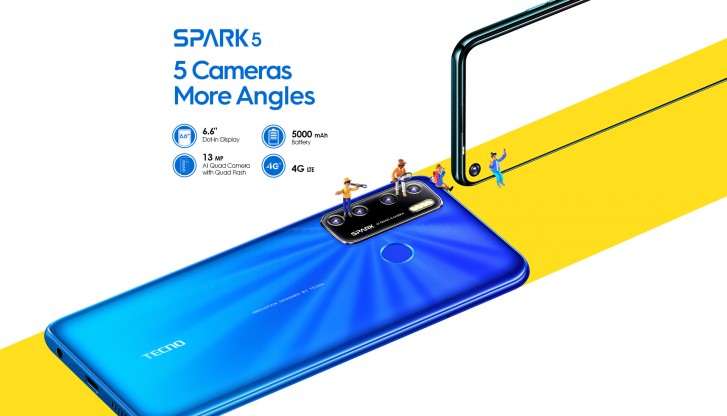 The 6.6” display has 720 x 1,600px resolution and a punch hole for the 8MP selfie camera. Impressively, the front camera is joined by a dual LED flash – single LEDs on the front are quite rare, two of them even more so. We’re not sure that the 90.2% StB ratio is correct, but unless you care about number bragging, it’s not much of an issue.

The rear camera features a 13MP sensor in the main module with an f/1.8 aperture. This one is supported by a quad LED flash, also fairly rare. Next to those are a 2MP macro camera, a 2MP depth sensor... and a fourth camera. Honestly, the function of that one isn’t made clear in the official specs, we think it’s just there to boost the camera count.

Anyway, the Tecno Spark 5 runs Android 10 with the HiOS 6.1 modification. It is powered by an octa-core CPU (chipset unknown) with only 2GB of RAM and 32GB storage. There’s a fingerprint reader on the back, next to the camera, but the front cam can be used for face unlock as well. 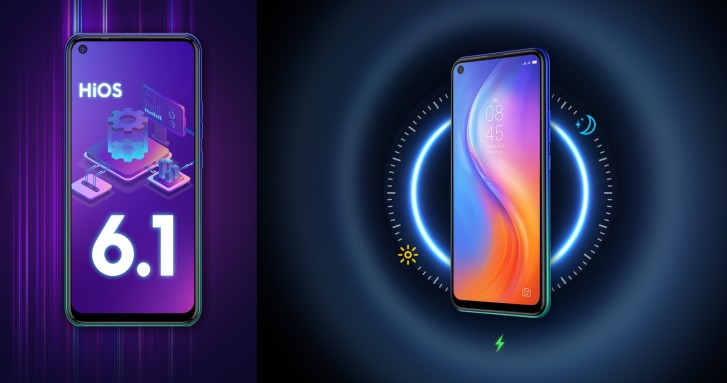 The phone has a 5,000mAh battery, though charging speed has not been specified so we assume it’s the standard 10W. On the connectivity side, there’s 4G with VoLTE support and a 3.5mm headphone jack. 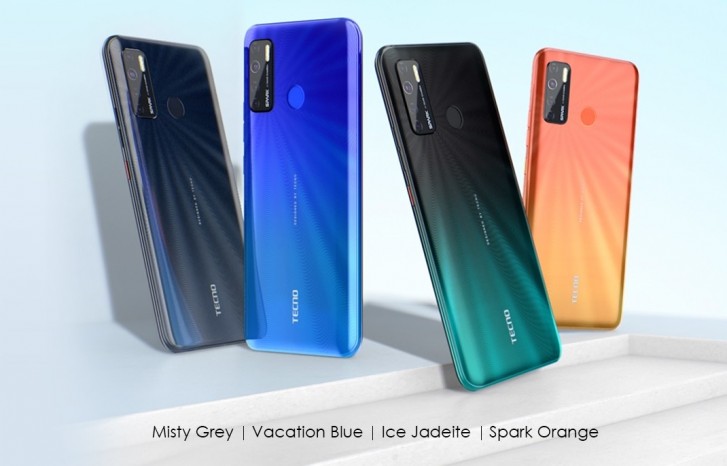 The Tecno Spark 5 will be available soon. There are four colors to choose from: Misty Grey, Vacation Blue, Ice Jadeite, Spark Orange. They all have a wavy grooved pattern on the back and a bit of a starburst gradient.

Why are you asking me.

The opinion that Tecno has an unwavering market base in Africa that will stick to it no matter its shenanigans, is an opinion fuelled by ignorance. Tecno's market share in Africa is deservedly waning, and it will continue on that path, if they d...