The dual-screen nubia leaks again, it's called the Z18S

Yesterday we reported that ZTE has a phone in the works that lacks a notch and a selfie camera and works around that by adding a second screen on the back.

Today a new image has surfaced giving us a better look at that second screen and adding the possible name of the upcoming phone - ZTE nubia Z18S.

It could just turn out to be nubia Z18 itself or it could be a higher-end nubia Z18S that will launch alongside the Z18. The nubia Z17s had a larger, taller display than the nubia Z17 but it did launch months after it.

The image below reveals that the secondary display, on the back of the nubia Z18S is bigger and is color. It would allow you to take selfies or do video calls with the back camera, negating the need for a front-facing one. Seems like a much cleaner solution than all those unsightly notches we've been getting lately. 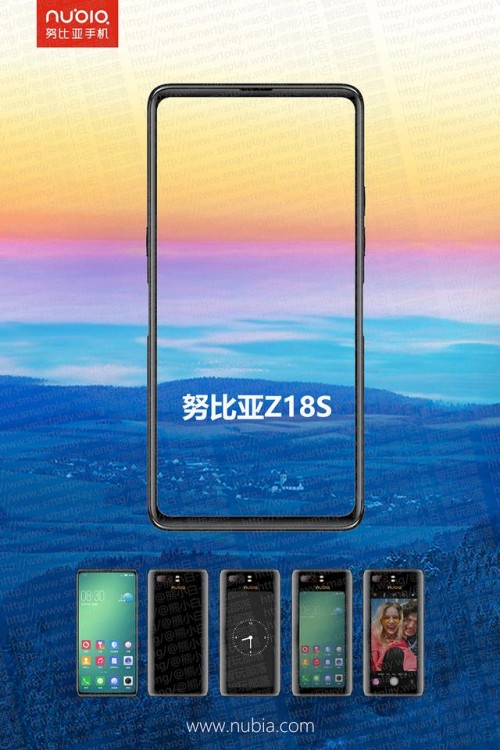 At this point there's a lot of confusion regarding the nubia Z18s. We've seen purported nubia Z18 images in the wild with an Essential Phone-styled notch and an image without one.

As there's no word on when the nubia Z18S will launch, we'll just have to be patient at this point.

Once again this nonsense about ZTE and Nubia. When will you ever learn that Nubia is a totally independent company now. Stop calling Nubia phones ZTE Nubia. ZTE started selling off its shares in the company many years ago and so Nubia has been a co...