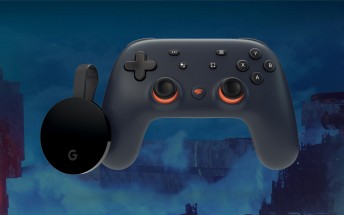 The Google Stadia service will go live in a month and (at least at first) you will need a USB cable if you want to play on your phone, Chromebook or computer. That means that switching between devices during gameplay will not be as smooth as some imagined. But it's not as bad as it sounds.

Heres how it works  the smart thing about the Stadia controller is that it has on-board Wi-Fi so it can connect directly to Googles servers and minimize lag. And that is indeed how it will work when you use the controller with the Chromecast Ultra.

However, if you want to use your phone, tablet, Chromebook or PC screen, you will need to plug in the controller with a USB-C to USB-C cable and at that point it will act as a regular USB controller.

That wont affect lag and chances are that wireless mode will be enabled in a future update, but its still something to keep in mind. For one, the retail packages available for pre-order come with a USB-A to USB-C cable. That is fine for most laptops, but youll need a USB-C to USB-C cable to use with your phone (and some phones still come bundled with an A to C cable).

Alternatively, you can use a keyboard and mouse or a third-party Bluetooth controller to play games. At this point, the phone or computer take over the responsibility of sending your input to the Stadia servers.

Thats not the only feature that will be wired-only at launch either. The Stadia controller has a 3.5mm jack, which you can use with headphones. The controller will gain Bluetooth audio capabilities with a later update  it seems that the Bluetooth implementation on the Stadia controller just wont be ready in time for launch.

dead on arrival ... if gets some people are just testers and youtubers for views but no sense in getting a service like this ... I have a xbox and I can simply pay for gamepass if I don't want to own a game .. but wich such low prices now days I can ...