After the global launch of the Magic4 Pro flagship last week, Honor has turned its attention to the next generation in its highly successful number series. The Honor 70 series will be announced on May 30 and we even got a peek at one of the new models. 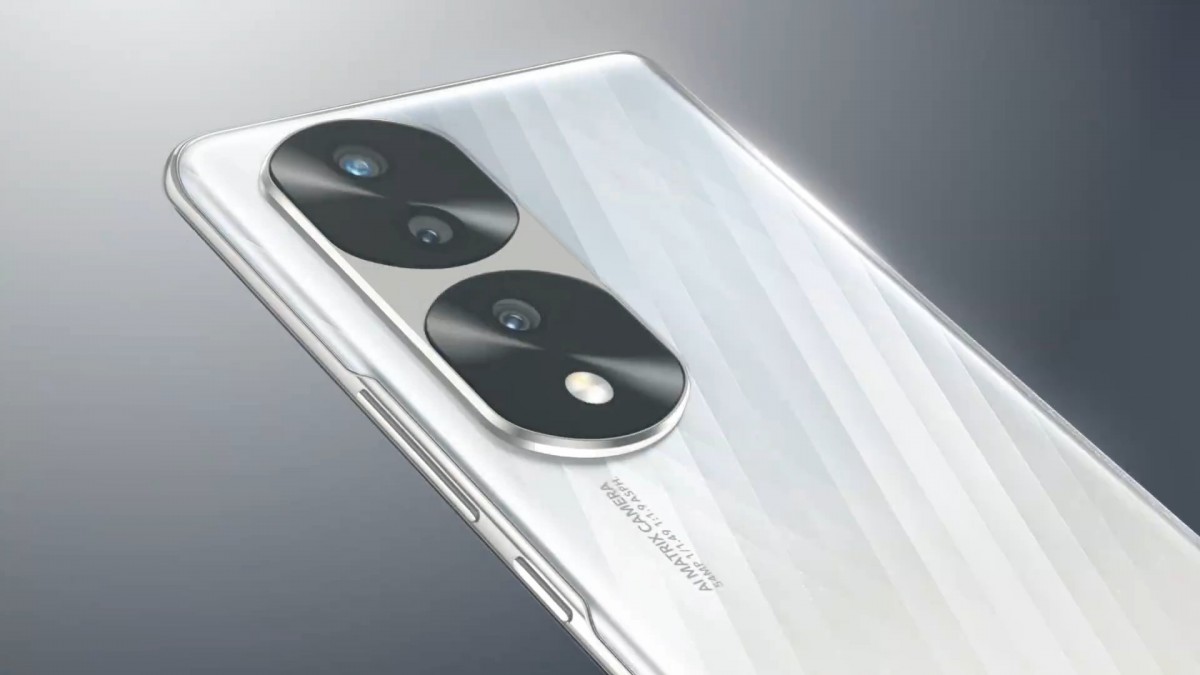 A diamond pattern is etched into the back that reflects light from different angles. But if you look closely, you will notice the markings of the unusual camera.

The main module will have a 54MP sensor, which will be fairly large (1/1.49”) and it will sit behind an f/1.9 lens. That’s quite an unusual resolution – some rumors claim that this is a new from Sony.

What the video doesn’t reveal is how many new devices there will be. Rumor has it that there will be three, Honor 70, 70 Pro and 70 Pro+, and that they will use Snapdragon 7 Gen 1, Dimensity 8100 and Dimensity 9000 chipsets, respectively.

Anyway, here’s another look at the upcoming Honor 70 model. It is in the hands of actor Simon Gong, who will be the global spokesperson for the series. 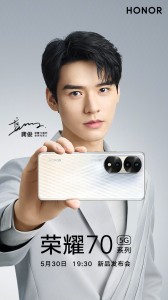 An upcoming Honor 70 phone shown off by celebrity Simon Gong

Going back to the camera sensors for a moment, Digital Chat Station claimed that the huge 1/1.1” Sony IMX800 sensor (50MP) will make its debut with the Honor 70 series. If true, it will almost certainly be reserved for the Pro+ model, so the phone featured in the video and photo above is either the Honor 70 or 70 Pro. That’s just speculation, of course, but such a major premiere will probably be teased, so stay tuned for official details.

One of the Honor 70 models certified with a 4,800mAh battery and 66W fast charging

Samsung has a good 3x nd 10x on s21 ultra nd s22 ultra , Xiaomi even has a 48mp huge sensor 5x optical zoom on the mi 11 ultra as for ultrawides yeah more focus is needed not in the wideness but overall quality