HTC went out and threw a curve ball by launching a smartphone no one was expecting. A couple of weeks after we were treated to the proper flagship HTC 10, we now have the One S9.

A unit less than the current top-end number, the new smartphone also gets to keep the One moniker, joining the One M9, A9, E9, X9, with a plus here and there and a Supreme Camera on top. 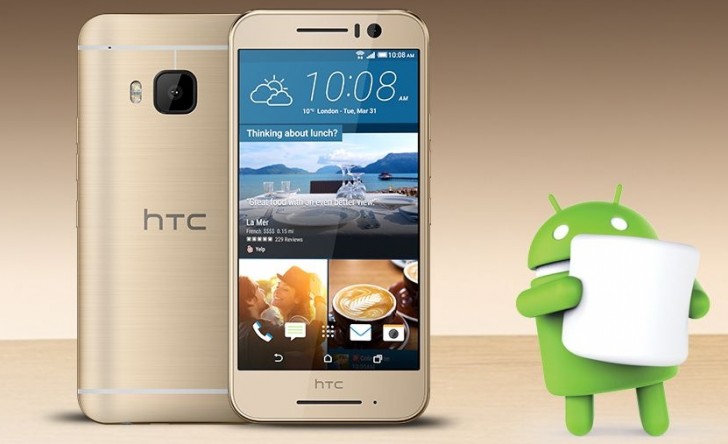 As a member of the previous generation it also has similar styling to the M9 - the bold chamfer on the 10's back is nowhere to be found. In fact, it's very much impossible to tell the S9 apart from the M9 by looking at two devices' backs. It's on the front where changes have been made, most notably the speaker meshes have been replaced by slits.

The display, on the other hand, is the same 5-inch FullHD Super LCD unit, with unspecified Gorilla Glass layer on top. Inside, there's a Mediatek Helio X10 powering things, its 2GHZ octa-core Cortex-A53 CPU paired with 2GB or RAM.

Internal storage is rather scant at 16GB, 9.24GB available to the user, HTC says. There is a microSD slot for expansion, though, and even if the company keeps saying its phones support up to 2TB, we're yet to see cards beyond 200GB. 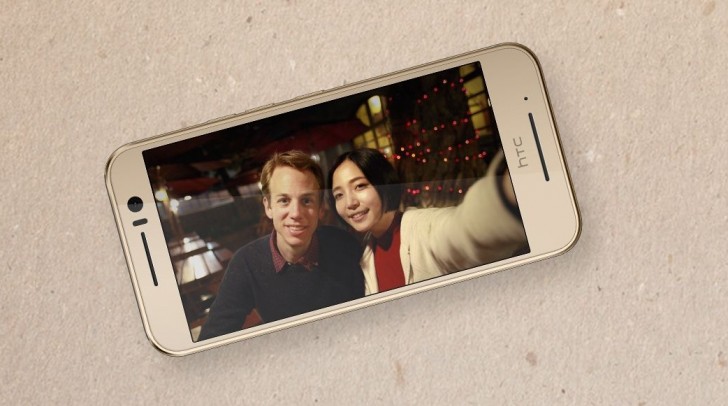 You get a 13MP primary camera on the back, not the One M9's 21MP shooter. Looking at the specsheet, the f/2.0 aperture, 28mm equivalent focal length, and OIS, it sounds a lot like the setup of the One A9. The front-facing camera is the UltraPixel flavor, again straight from the A9 - 4MP, 2 μm pixels, f/2.0 aperture, 26.8mm equivalent focal length.

At 144.6 x 69.7 x 10.1 mm, the body of the One S9 measures almost precisely the same as the M9, except for an increase in thickness by half a millimeter. We're unsure who's the culprit, as battery capacity is the same at 2,840mAh. On the hardware front you're also getting BoomSound speakers, and the proper kind too - stereo. What you'd be missing out on though, is fingerprint recognition.

The HTC One S9 comes with a full host of connectivity options including nine LTE bands with Cat.4 speeds, Wi-Fi a/b/g/n/ac, Bluetooth v4.1 and GPS/GLONASS/Beidou support. It launches with Android Marshmallow on board, with the due HTC Sense enhancements.

It all sounds like a pretty great midranger on paper, but we're not sure its price is doing it any favors. Listed at €499 in Germany, it may have a hard time competing with equally capable, but substantially more affordable offerings. Barring carrier deals and potential price cuts down the line, that is.

Looks like HTC has placed a screen in the middle of big bezels, rather than adding bezels to screen.

Well, this is....something. At this pricing I feel the A9 is much better, save for the lack of stereo speakers. But the A9 features Hi-Res audio, a really great camera (front and back) and also is constantly receiving updates. Will this phone e...