Pocophone's developer's team rolled out the beta build of MIUI 10 last month for the Pocophone F1 carrying much-anticipated features like super slo-mo video recording and a special night mode for the stills. Now the stable version of MIUI 10 v10.2.2.0 is rolling out.

The patch enables 960fps super slo-mo in the default camera app in addition to the already existing 120 and 240fps modes. There's also a new night mode for low-light scenery, which stitches 8 photos with different exposure levels and produces one less noisy, better exposed image. We are yet to see how well it works in real life. 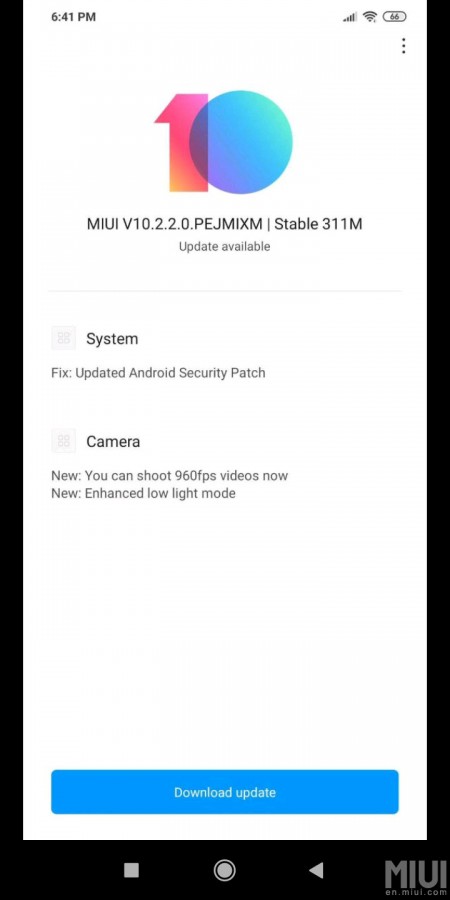 Unfortunately, the patch doesn't come along with the 4K 60fps video recording feature that was promised last year so perhaps we will have to wait for the February update for that. However, the 311MB OTA update does bump up the security patch to December 2018.

Y to hide d notch, i sumhw find it attractive..

i had mine delivered two days ago. this is actually an emergency replacement for my razer phone, which developed screen issue. immediately upon turning it on the first time i had the prompt to download the pie update, so i am on the latest miui and a...