The Realme 9 Pro+ will be Europe's first Dimensity 920 phone

This is part of what it calls the “All in 5G” strategy that will kick off with the launch of the upcoming Realme 9 series. The first Dimensity 920 phone in question is the Realme 9 Pro+. 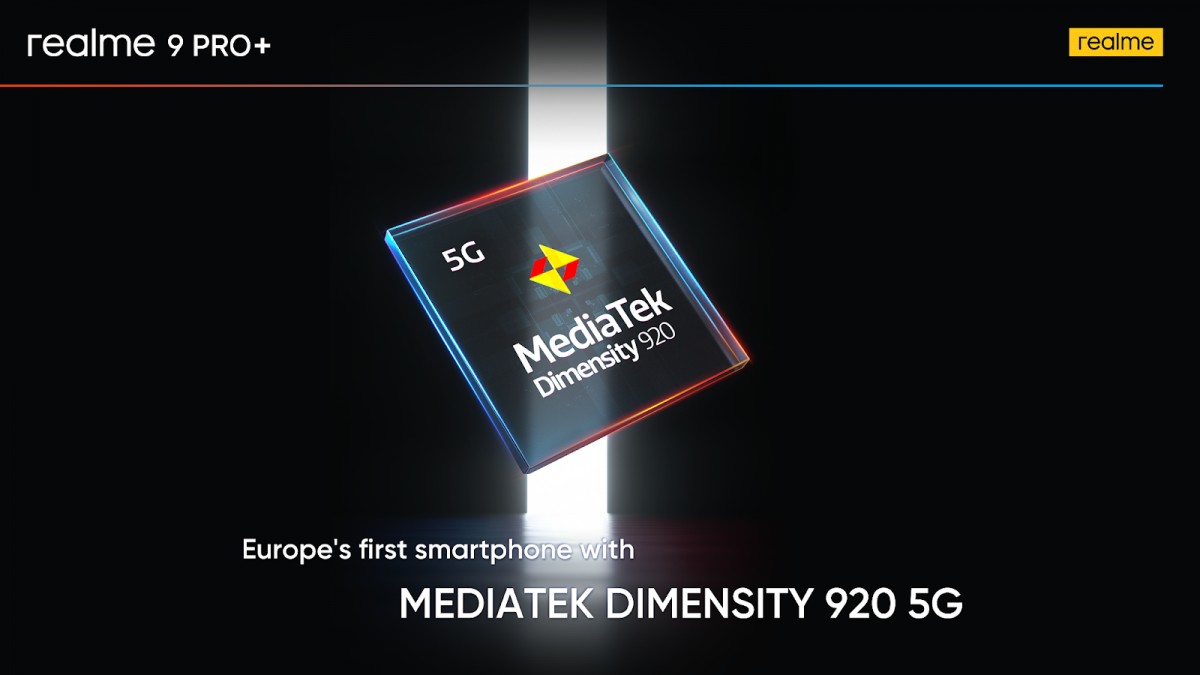 As for the strategy, the plan is simple – bring affordable 5G phones to Europe to continue fueling the already impressive growth. Here’s a chart that shows Realme’s rise in several European countries last year compared to 2020 - and that's just the number series! 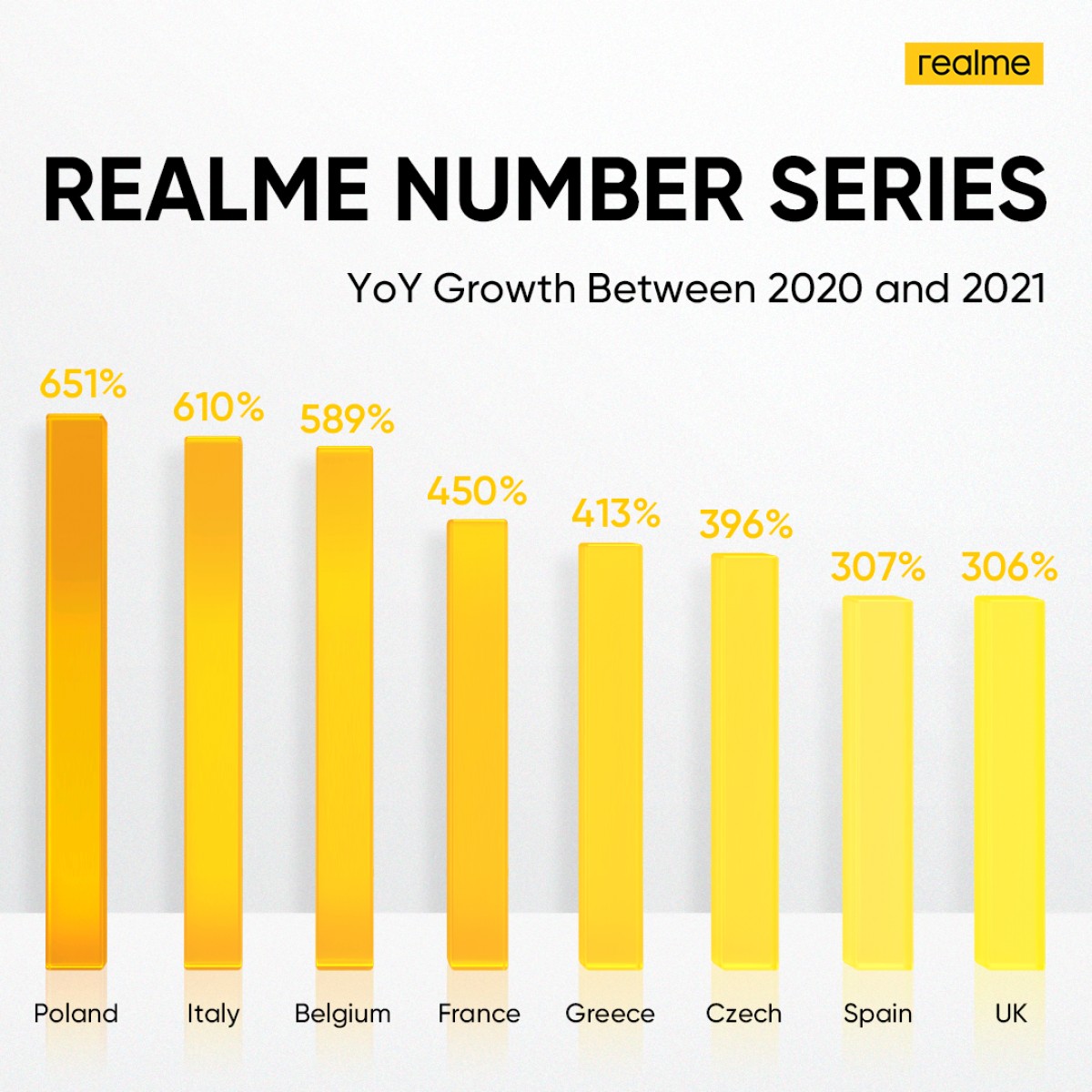 The Pro+ alone isn’t enough, which is why the company will also launch the Realme 9 Pro. It is mum on what chipset will be used for this phone, but leaks suggest it will be the Snapdragon 695, another 6 nm chip (TSMC) with two Cortex-A78 derived cores (2.2 GHz), a GPU and display driver for 1080p+ 120 Hz displays and a 5G modem (sub-6 GHz).

We haven't heard anything official about the Realme 9 5G coming to Europe, so it will be just the two Pros (at least at first).

Realme’s growth in Europe is impressive and it’s not limited to just that region – according to data by Counterpoint Research, the company had grown 831% in Q3 2021 compared to the same quarter in 2020. For comparison, the global average growth (looking only at key OEMs) was 121%. 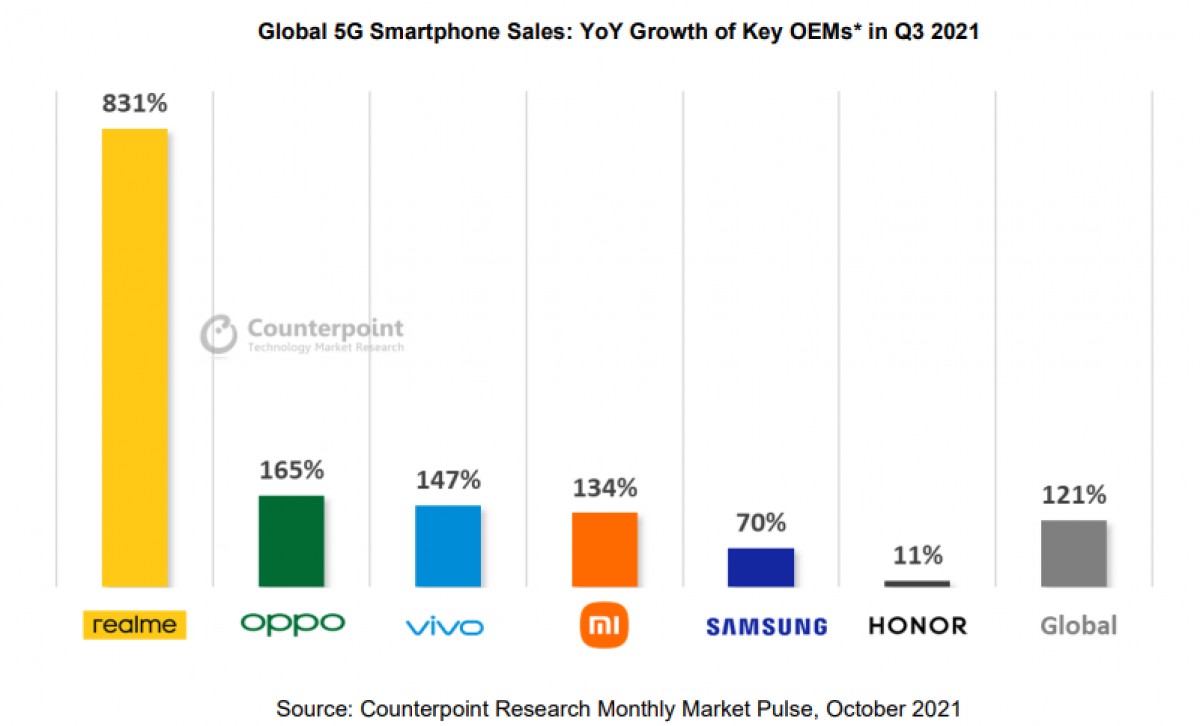 Realme shipped a total of 40 million phones last year in its number series, the Realme C, Narzo and GT series are quite successful in their own right as well.

Realme 9 Pro+ pops up on Geekbench with Dimensity 920

Can you tell me how many Xiaomi default applications and how much internal memory eats?