The Sony Xperia 1 III will launch in Europe in August, Xperia 5 III gets delayed to September

Sony announced pre-orders for its Mark III flagships in Europe last week, but it was a false start and pre-orders were taken down a few days later. Now, they are back on again and we have some bad news.

Some good news first. The Sony Xperia 1 III will become available for pre-order in Germany on July 15 and should start shipping on August 31. At least that’s when the pre-order bonus ends, the press release doesn’t actually name a shipping date (originally, the 1 III was planned to ship on August 6). The phone will cost €1,300 and you’ll get a free pair of WH-1000XM3 noise canceling headphones, a three month Tidal subscription and Joyn Plus+ (though that last bit seems specific to Germany) with a total value of €450.

In the UK there will be no pre-order, the Xperia 1 III will be available to purchase from August 19. The price is set at £1,200 and those that buy at launch will receive the Wh-1000XM3 headphones that are “worth” £330 (maybe when they were new), but no streaming subscriptions. 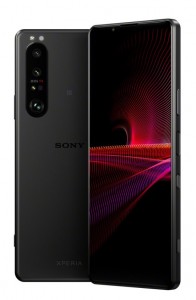 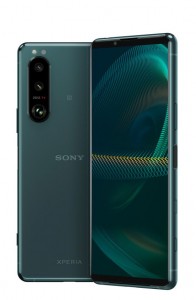 Now, the bad news – the Sony Xperia 5 III launch has been pushed back to September. The German and UK press releases agree on that time frame. The phone will cost €1,000 and £900, respectively, with no bonus in Germany and a free pair of Sony WH-H910N h.ear on 3 wireless ANC headphones “worth” £250 (we’re not sure if they were ever worth that and they certainly aren’t now, let alone in September).

The 5 III was originally scheduled to ship alongside its bigger sibling on August 6, but instead it will arrive half a year after it was first unveiled.

Sony Xperia Pro in for review

The price in the UK is too high relative to the US, even taking VAT into account. Sony needs to watch it, the Pixel 6 may be known in depth by then.

"Sony auto mode being terrible compared to other flagships is pretty much an established fact for five plus years now." I'm not denying that the auto mode on Sony phones are behind other flagships, but he posted pics about how ter...

"Someone is religious sony fanatic who will do everything to conseal the truth about so called "Sony quality" (related to mobile photography at least)." Who are u referring to? If you're talking about me, I never said So...