The Top 10 trending phones of week 32

Last week was definitely busy with a few new devices, courtesy of Sony and Asus. Such events usually leave a big mark on the top ten chart, but oddly enough, none of the said smartphones managed to mix things up in the popularity chart yet.

However, that is not to say that the rank list is void of exciting developments. The very top of the chart is still occupied by the Motorola Moto G (3rd gen) and the OnePlus 2, but we are seeing lots of movement underneath with the Lenovo K3 Note and the Micromax Canvas Sliver 5 dropping rapidly in popularity.

Both odd contenders have actually held on to the chart for a few weeks now, which was quite surprising. It has been a steady decline since then, but now it is really noticeable with the Lenovo at sixth place and the Micromax all the way down to the ninth spot from third a week ago.

This has allowed for some long-standing fan favorites to once again reclaim more fitting positions, like the Samsung Galaxy Grand Prime, which is now a place up at third and the Galaxy S6 at fourth place from sixth last week. The extra room has also allowed the Galaxy A8 to make it back to the chart and take the respectable fifth position. Oddly enough, the iPhone 6 is missing for yet another week.

In the lower half of the chart we see the Asus Zenfone 2 is still holding on and even up one place. This is definitely related to the three new devices Asus added to the Zenfone family this week. The new arrangement has also allowed the Galaxy A5 to move up from the bottom of the chart and the Galaxy E7 to muscle back in. 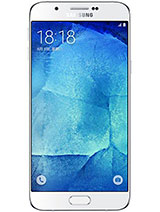 Samsung Galaxy A8
RANK: 5NEW IN 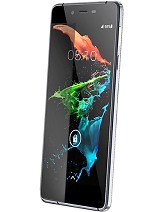