The top 10 trending phones of week 37

A lot of movement on the top ten chart for yet another week. Last time around, the new Sony Xperia Z5 family muscled in and occupied the top and bottom of the top ten chart shortly after its IFA release. This week it the new iPhone 6s took the mobile world by storm and generated an impressive amount of hits.

It currently sits at first place with a considerable lead over the runner up, which is the Samsung Galaxy Note5. So the initial Xperia Z5 craze has died down a little with only the Z5 Premium left on the chart at third place and enter the iPhone.

It is also interesting to note that the 6s Plus didn't manage to make it to the top ten for the week. Perhaps this will change given some more time, but currently, the rest of the list seems to be more or less in its typical arrangement.

The Galaxy J7 and J5 are now up a space and at fourth and fifth place. The Moto G (3rd gen) has fallen down a few places, but still standing strong at sixth. Then, we're on familiar ground yet again with the Galaxy Grand Prime and the Galaxy A8.

We top things off with the iPhone 6 which made the cut this week, most-likely due to people comparing it to the iPhone 6s to see what changed. Which leaves the Galaxy S6 down a place at the bottom of the chart. 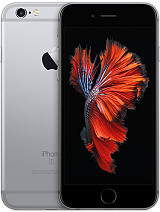 all does phone are wonderfull but the iphone 6s is the most wonderfull phone i have ever had .

Sony was no.1 but now it is gone from the first place. iphone 6s will stay there for about a few weeks I guess. iphone usually never stay on the chart too long. Samsung in the other hand, always exist in the chart no matter how many new other brand p...