The top 10 trending phones of week 40

In one of the most action packed weeks of late, our Top 10 trending phones chart has been shaken too. No less than 4 new entrants have made it into the top 10 and, believe it or not, one of them storms straight to the top.

The Motorola Moto G (3rd gen) is found in tenth, keeping the Samsung Galaxy A8 out by an inch. Long time podium finisher Galaxy Grand Prime is a notch above in ninth.

The just-released Huawei Nexus 6P is the first of the new additions to the Top 10 chart and is found in eighth spot. The Galaxy Note5 drops four positions and is now in seventh behind the J5. It's the other Nexus, the LG-made 5X, that joins the race in fifth, barely outstripped by the all-new (and rather intriguing) LG V10.

Moving on to the top three, we find that the Galaxy J7 has surrendered its second place from last week and is now in third. The iPhone 6s has climbed up four spots and is now runner-up by number of hits, comfortably ahead of the J7, but equally far from the top.

And this week's number one most researched phone is, out of nowhere, the Samsung Galaxy J2. The affordable 4.7-incher was announced a few weeks ago as part of the Make for India initiative, and we'd guess its recent market launch is the event that's fueled its rise to prominence in this week's Top 10 trending chart. 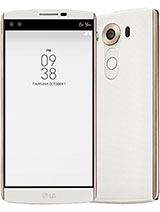 Anyone coould tell me why my device is showing the message GOOGLE SEARCH HAS STOP WORKING every 4/5 minutes? The device is running Jelly Bean 4.1.2. I have complete already 2 master reset and it is removed for a while but then it shows again. A...