As we saw from the Google Play Console, the vivo V25 Pro (V2158) will be powered by the Dimensity 1300 chipset. This is now also being confirmed by a scorecard from Geekbench 5. 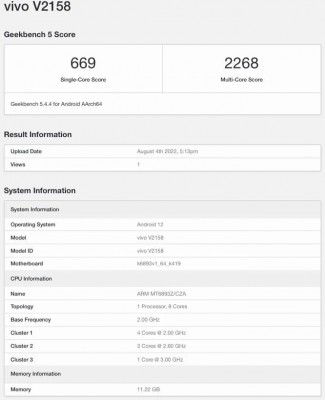 The benchmarked unit had 12GB of RAM, previously we heard of an 8GB configuration, so there will be options. And it will certainly have the virtual RAM feature that has become so popular lately (e.g. the vivo Y35 will offer 8+8GB, so the virtual RAM capacity will equal that of the actual RAM). The phone ran Android 12, as expected.

The GPC also revealed that the vivo V25 Pro will have an FHD+ display (1,080 x 2,376px). This will be an AMOLED panel with 120Hz refresh rate, allegedly (the GPC doesn’t say). Additionally, unconfirmed rumors suggest that the phone will sport 66W fast charging. The back will repeat the color changing trick of the V23 series.

The vivo V25 Pro will reportedly be equipped with a triple camera, including a 64MP main module. On the front there should be a 32MP selfie camera with OIS and EIS, similar to the V21 phones from last year. 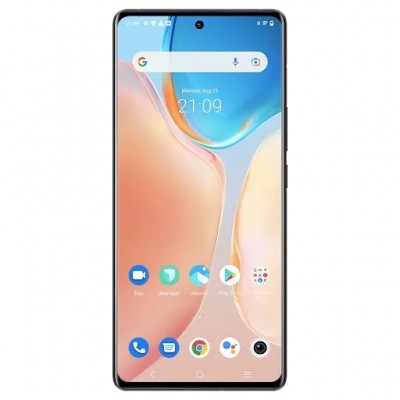 Hope this one becomes available in Europe.