B&H jumped the gun and revealed GoPro’s three new cameras. The company is back to a three tier scheme marked by colors.

The Black model offers high bandwidth video capture – up to 78Mbps in 4K/60 – and is the only one here that has an external mic input and a removable battery. Live streaming is exclusive to the Black as well. 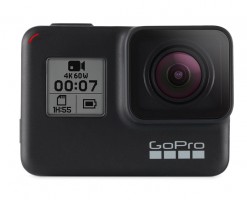 The GoPro Hero7 Silver has a 10MP sensor and it tops out at 4K at 30fps, also it has regular video stabilization. A feature available on all three models is vertical portrait mode for an Instagram Stories kind of aesthetic. 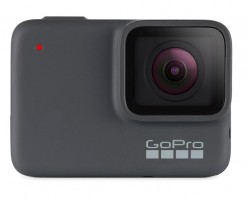 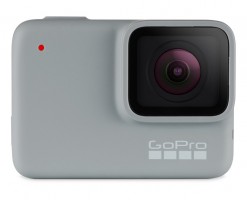 All three Hero7 models are waterproof up to 10m without a housing and feature a 2” touchscreen.

As we said, B&H jumped the gun so the pricing info is not available yet, we’ll update the article when the new GoPros launch in earnest. In the meantime, here’s a comparison table. Update: GoPro.com has the cameras on pre-order.

GoPro strikes a deal with Huawei, Quik editor is part of EMUI 5.1

Waiting for Yi to do something about it, their 4K+, despite already and is still great in the latest firmware, is getting a bit older. Weirdly enough, their latest offering is a low cost one.

Toolittle, too late. GoPro is trying to reinvent itself as a sw company, as it has already lost the hardware race. Sony has the sensors, YI wipes the floor with Hero on price/performance.