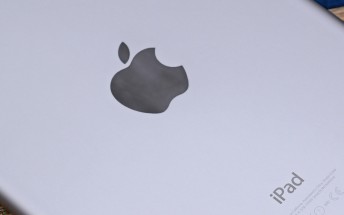 Apple is prepping three new iPad models for next year, according to Ming-Chi Kuo, the world's foremost speculator on all things Apple-related (and an analyst by day). These will all come with similar designs to what we have today in Apple's tablet range, with more drastic redesigns being pushed to 2018.

In 2017, we are apparently going to see a 12.9" iPad Pro 2, but also a 10.5-inch iPad Pro - a first for Apple in that size. These two will allegedly be complemented in the company's portfolio by a lower-cost 9.7-inch tablet. The 12.9" and 10.5" iPads will both be powered by the upcoming Apple A10X chipset, built on TSMC's 10nm process. The new 9.7-inch model will feature the A9X, which is the same SoC found inside the currently selling iPad Pro 9.7.

In 2018, on the other hand, Apple will redesign its iPads, and Kuo expects the company to use flexible AMOLED displays for its flagships. Previously, the same analyst has predicted the same thing happening to iPhones in 2017. But while we wait for this dramatic revamp of Apple's slates in two years, iPad sales will keep dropping.

I am waiting for a REAL upgrade to the Tablet environement... I've not seen an interesting tablet since the Pixel C and the Tab S 10.5. If Apple does this right, other manufacturers will try to do better (basically, it is competition four our money, ...

Still not the same as a file manager for the entire file system, including storage and micro SD card. iTunes is garbage.