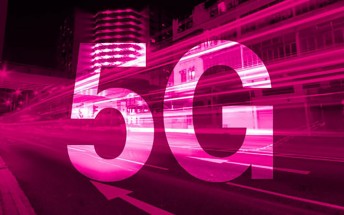 T-Mobile has already been testing its own 5G network before its officially launches its initial markets. Currently, T-Mobile doesnt sell any 5G-compatible handsets, but one Twitter user @Milanmilanovic has been able to pick up 5G signal in many parts of the island of Manhattan.

According to a previous tweet of his, Milan attempted to pick up 5G signal using an unlocked Verizon Galaxy S10 5G. It was only yesterday that Milan was able to get a signal and pull speed tests over T-Mobiles 5G network. We now know that T-Mobile might plan to launch New York City as one of the first markets for 5G.

The user also posted a speed test which pulled 495Mbps down, and although it wasnt in the video, he claimed 60Mbps upload speeds in another tweet reply. It isnt immediately clear which range of spectrum the S10 was able to connect to, but the owner thinks it might be a 100Mhz range in the 28GHz band which has theoretical download speeds of 500Mbps.

T-Mobile has not yet revealed its launch timeframe for 5G, but considering the network is being tested in a market as dense as New York City, the carrier might be close to revealing its plans for 5G and the markets that will be available at launch  which we expect NYC will be a part of.

Although this phone was spotted on the 28GHz spectrum, T-Mobile plans to use a 600MHz band that it is currently using for Ultra-low band LTE to eventually launch 5G with. After all, T-Mobile did spend a lot of money on the spectrum. The carrier hopes to combine this with Sprints 2.5GHz spectrum to roll out a nationwide low-band 5G network. The carrier only plans to use the much higher frequency bands in more dense populations such as New York City, but the lower bands are what will really blanket 5G coverage across the US.

Bring it on, T-Mobile!

Sprint and T-Mobile extend merger deadline by another month

Using an U-Torrent and with a good ammount of seeders and leechers i can have up to 20 megabytes a second. In other words Blue-ray quality complete movie i can dowload in like 4-5 minutes. And HD quality video in like 30 seconds

" so yea, impossible to kill a person with that power :) " The question is HOW do you want to kill. There's chapter 2 about instant killing, chapter 3 on slow killing and so on. So yeah, every choice has different variables leading to vario...