Yesterday T-Mobile started sending out a new update to its version of the Samsung Galaxy Note5 phablet. And now what is basically the exact same update is headed to the Note5's stylus-less sibling, the Galaxy S6 edge+.

People who bought this device from T-Mobile are already seeing the update notification, so it's only a matter of time before the rollout reaches all units out there. The update comes as a 223MB download, and after you install it you'll have the May 1, 2017 security patch level. The build number for the new version is G928TUVU4EQE1, while the Android iteration hasn't changed, it's still 7.0 Nougat. 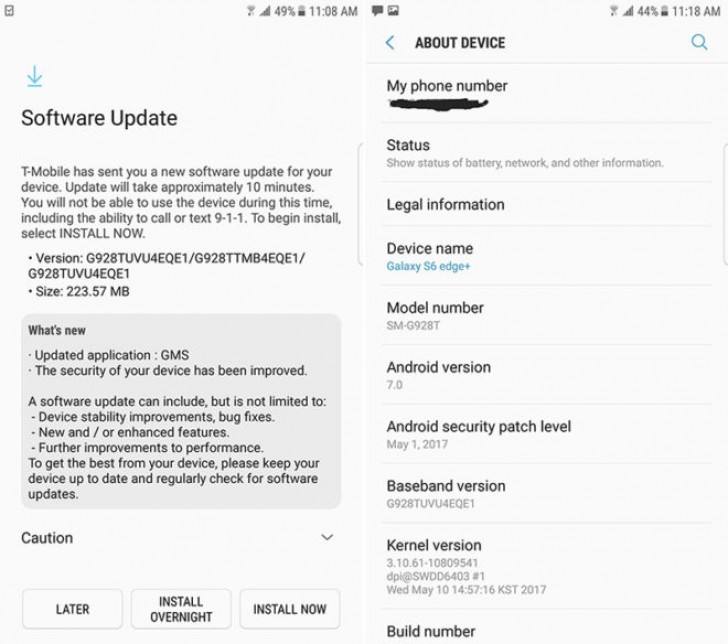 Aside from improving your handset's security by including the latest patches, this update should also fix the intermittent call failure issue that many T-Mobile customers have been plagued by. If you are having this problem and can't wait for the new release to roll out to you, perhaps try manually checking for the update by going to Settings > About device > Download update manually.

Samsung Galaxy A5 (2017) starts getting May security update

I got this patch like a week ago. I really hope it does fix the drop calls because it did happened to me quite a lot....

Bad phone with bad battery and a lot of bugs