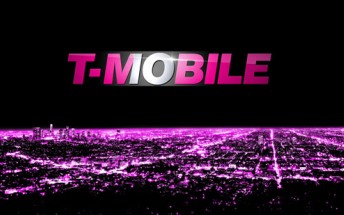 Slowly, but surely, more and more customers are becoming always connected with a smartphone and getting rid of your phone number is going the way of the cable cutters. According to a leaked document sent to TmoNews, T-Mobile plans to launch new data-only plans for smartphones and tablets starting at $20 per month for 2GB.

Ever since data became the staple that carriers sell to its customers, rather than offering a small fee for unlimited access, data is becoming the main product being sold with phone calls free of limits through all carriers in the US. 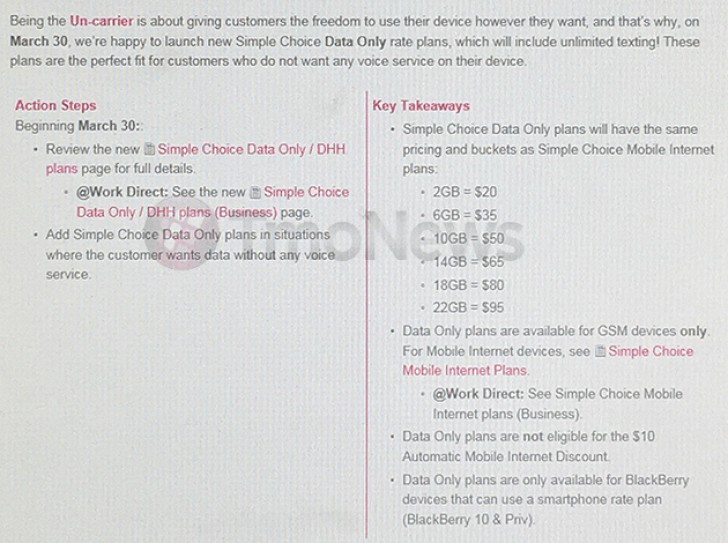 The document says T-Mobile wants to offer its customers the freedom to use their device however they want to, even if they dont want to buy a voice line for a smartphone, customers should be able to do so.

These plans will be available for all GSM enabled devices including smartphones. The pricing breaks down as follows:

The document also says these plans are not eligible for the $10 Automatic Mobile Internet Discount. Also, older BlackBerry devices that rely on BlackBerrys Enterprise Server connection would not be able to access such services with these data-only plans. According to the same leak, T-Mobile plans to launch such plans tomorrow, March 30.

Well see what T-Mobile is up to tomorrow, there will likely be some kind of press release along with the new alleged plans.

As a t-mo rep, I believe someone's getting axed for this.

WTH! I can get 2GB data for 6$ in my developing country