Another day, another Android security update. This time around the lucky beneficiaries are T-Mobile's Samsung Galaxy S7 and S7 edge. The two devices are currently in the process of receiving the latest security patches, through a new update that should include fixes from both Google and Samsung.

If you own the S7 on T-Mobile, your new build number will be G930TUVS4BQE1 after applying the update, while for the S7 edge it's going to be G935TUVS4BQE1. You'll still be on Android 7.0, as the OS version hasn't changed. 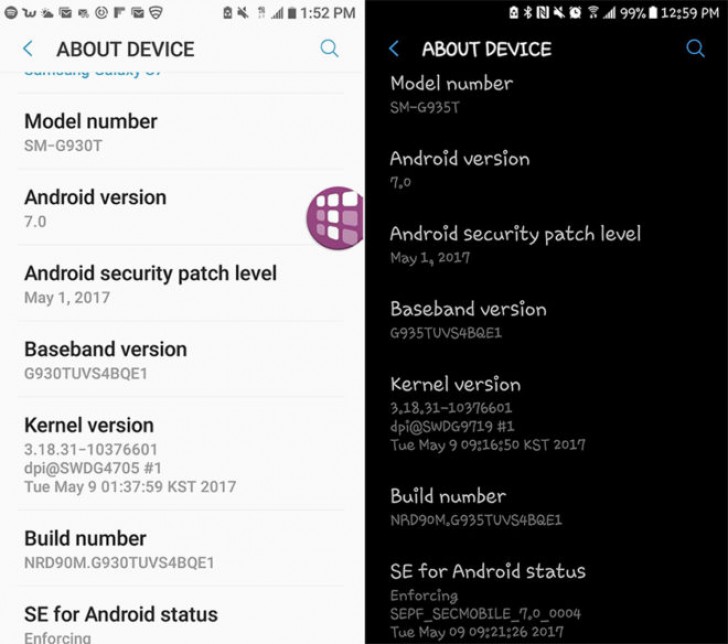 T-Mobile still hasn't updated its support documents with details about this new release, but people are already receiving update notifications and installing the software - proof is in the screenshots you can see above. That's also where you'll notice that the Android security patch level is now listed as May 1, 2017. The previous firmware versions for T-Mobile's S7 and S7 edge had the March 1, 2017 patch level, so this is a welcome development.

SoundAssistant by Samsung is a new Galaxy app for personalized audio

Samsung Galaxy S8 selling twice as many units as S7

Samsung W2018 clamshell found at TENAA, a minor upgrade over the W2017

Receiving May 1st update on May 29th.

Lies. My s7 unlocked got the April patch in May...while I was still on February (March never happened). I'll be lucky to get May patch in June. Samsung and carriers might say that they're pushing the updates...but they're not.