T-Mobile's OnePlus 7 Pro gets OxygenOS 9.5.10 with battery and camera improvements 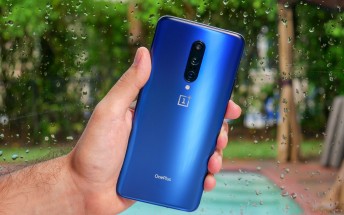 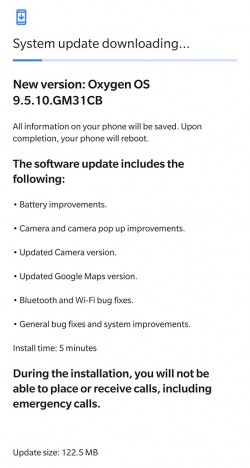 T-Mobile's OnePlus 7 Pro has started receiving a new software update today. It is labeled OxygenOS 9.5.10, and it's primarily a bug fixing release.

Once you install it, you should notice better battery life, as well as both general camera improvements and some relating specifically to the pop-up mechanism of the selfie shooter. The Camera app's version has been updated, as has the version of Google Maps that's pre-installed. There are also some Bluetooth and Wi-Fi-focused bug fixes built-in, alongside the usual unnamed "general bug fixes and system improvements".

The update arrives over-the-air as a 122MB download. OnePlus rollouts are usually staged, with only a small subset of users receiving the new software on day one, followed by a wider availability a few days later, provided that no show-stopping bugs have been found in the meantime.

if i try it in my one plus 6,will there be any kind of problem??

I dont buy one plus since it is curved screen and it is getting bigger abd bigger look at iphone x or xs...i have bought 3 3t 5t 6 and 6t after that I quite buying.. it is toooooooooooooo big