No, the calendar isn't lying to you, it is December. That said, Samsung has always released security updates for its older devices with some delay compared to its latest and greatest, and this time around the situation is no different. Following the Galaxy S7 and S7 edge, which both got it last month, and the S6 and S6 edge, which received it a few days ago, T-Mobile's Galaxy Note5 and Galaxy S6 edge+ are now finally being graced with the November security update too.

The build is DPK6 for both devices, and it's currently in the process of rolling out over-the-air. As such, you'll see an update notification when the new software is ready to be downloaded and installed onto your handset. As usual, this might take a few days, as the rollout is going out in stages. If you're impatient you can always manually check for the update by choosing the appropriate option in Settings > About device > Software update. 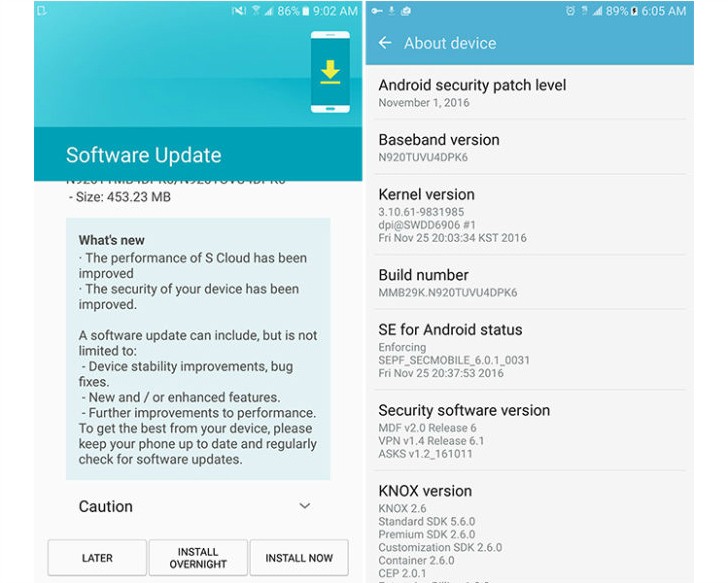 After installation you'll be on the November 1 security patch level, and still on Android 6.0 Marshmallow of course. Aside from the security fixes, you'll also see that the performance of S Cloud has been improved with this release. The update is a 453MB download, so perhaps it's best to grab it via Wi-Fi.

i can understand your pain brother. this pain can't get any worse. my condolences :-(

Enjoying my Windows phone, thanks. :) Most advanced and secure OS on the market.