In a curious turn of events this week, the iPhone 5s has entered our Top 10 trending chart. Two generations old, Apple's aging 4-incher hasn't enjoyed such interest in all of this year, which is as long as we've been keeping tabs.

Now, it's all the way down in 8th, with less than half of the daily hits of the winner, but that's still comfortably ahead of the current iPhone 6s, which is in 10th.

The newly announced YU Yutopia has managed to make room for itself in between the iPhones. The Indian flagship looks mighty fine on paper and with a price of about $375 it's a tough offer to top.

Climbing up the chart, we see the Samsung Galaxy Note5 in 7th for a third week in a row with the Galaxy Grand Prime a spot ahead - the phone has been a near permanent fixture in the chart since its inception. The Galaxy J2 has lost its podium position and has dropped two spots into 5th, while the Galaxy S6 has placed 4th this week.

The Galaxy J-series occupation of the podium from last week has been disturbed, but the new Xiaomi Redmi Note 3 was only good for third place. The Galaxy J7 rules yet again, and its customary runner-up J5 is where you've come to expect it to be. 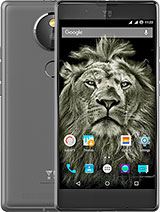 redmi note 3 is very good ph,camera is very high quality and batry back up is good ,i love this ph