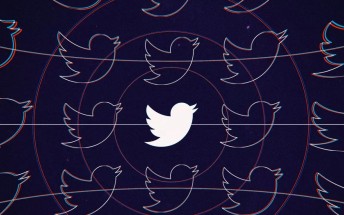 Today Twitter made a lot of people happy by announcing that its iOS app has revived a long-lost feature: the reverse-chronological feed. It's not enabled by default, but that's a small price to pay in order to bring the service back to what it used to be before algorithms took over every social network out there.

You'll see the toggle in the top right of the app. It's a cluster of small stars that Twitter calls the "sparkle". Tap on it and then you'll get the option to switch to seeing the reverse-chronologically sorted feed and be done with the algorithm.

New on iOS! Starting today, you can tap ✨ to switch between the latest and top Tweets in your timeline. Coming soon to Android. pic.twitter.com/6B9OQG391S

Apparently Twitter found that users who had access to the easy toggle in tests ended up participating in more conversations than average, so that's the reason for the relaunch of this once staple feature.

This should roll out to platforms other than iOS in the coming weeks. Your move, Instagram.

Twitter rolls out bottom navigation bar to everyone on Android

If by reverse-chronological you mean usual chronological order with latest at the top, then it was in the app/web for years. Only quick access button was added. I got quick switch button months before, but it has disappeared on me. Well, I've alwa...

Another reason why Google needs to release Fuschia OS ASAP. You see, it's already getting tiring seeing news like this. "Blah blah announces driving mode on blah blah blah, iOS gets it first but soon to come on Android." How about "Blah blah...