A couple of Meizu phones have passed what's known as China Compulsory Certification (3C). One is listed as Meizu M741Y, the other carries the M741A model number. Except 18W fast charge, the listings doesn't reveal anything else about the devices. 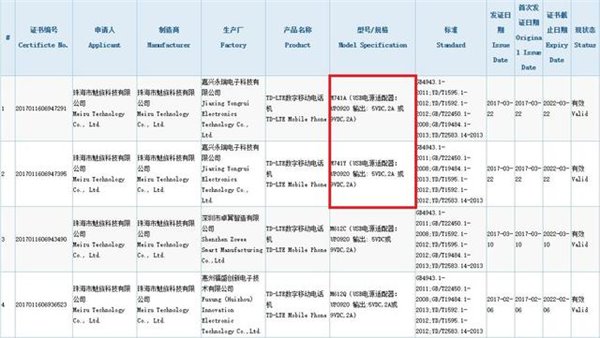 It's worth mentioning that the M741Y has already received radio transmission approval in the Asian country, something which came to light just a couple of weeks ago. The M741A, on the other hand, seems to be a new device, although it's said to be a variant of the M741Y.

I love the os of meizu. Os is better than nougat android.

Actually if you use an original ROM, it will update OTA. But probably you've obtained your device with multillingual unofficial ROM and it is not updating. I like Meizu and Flyme, after using last 3 years Xiaomi devices, I am totally amazed that my...

What I find annoying about Meizu is they don't seed updates or anything OTA like everyone else does you have to download a file and do it all yourself its annoying, I don't know why they just can't seed stuff like other OEM's