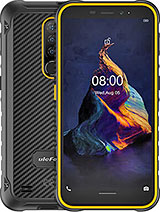 I have this for about a month.
I cannot agree with the others above: this phone is for adventuring.
I made photos, panorama and macros as well. In case you need extreme zoom with cristal clear composition just buy a camera. It is for record memories and connect to a location during an excursion only.The LED on the back is quite enough in the tent before I go to bed. In case you want closeup night pictures, find your beam before.
In case you want to play PUBG buy a notebook. It is definitely not for that. In case you want to watch videos and listen to music online buy a tablet and a BT woofer, same reason. And I don't know: I feel it ok about the speed. Maybe the the "one app at a time" method I usually use has some impact on the overall speed, but I'm not sure ... Maybe you just let the battery overheat only. Once try it on a glacier...
This phone is good, when you go to high mountains and loose between the rocks. Operates for FIVE days of course without any wifi connection (in the mountains there's nothing like that, it's unbelievable) and without watching the screen continuously. On the other it finds GPS fast and reliable when you have only this and your legs to move on.
This phone is good, when you make a cycle tour and the rain drums on your forehead for hours but have no cover to check the time either. It works even after you fell it down and the truck from behind you drove through. Or after you had found it in the mud and washed clean with some water from a bottle. How funny. I like it...
But: I miss the wireless charging: I'm afraid the plugs wear out as I usually recharge it. Or simply put a solar panel on its back....
This one-thumb operating menu system is great. I use it on the bike.
There's no need the 3.5 jack: I use Bluetooth in case. My watch use the same. It just another hole on the cover.
I'll sign when I will change to another. It will takes a while.

I just received my unit two days ago and for the price point of US$160 I consider this a pretty decent bargain. However, the battery drain can be an eye-opener during the course of the day.

Ronin, 03 Apr 2021It's hard to put to words the depth of fail of this sm... moreThe typos above were because I was trying to use that phone to post the review 🤪

It's hard to put to words the depth of fail of this smart phone.
Camera is slow to focus and mediocre in quality.
Battery lasts about two days but takes ages to charge.
Fingerprint sensor fails to read 9/10 times.
My favourite fail is performance. Phone will lag and freeze when switching to a different app, when going online, when switching to a different menu of am already open app, it will even lag and freeze will accessing is own android menu, for front out loud.

Seems durable as a brick and about as usual as one.

However, if you are interested in calling someone underwater, -and only that- I suppose this is a phone for you. Anything else, any other function is an exercise in futility or a wonderful anger management session (a slow and painful one, but oh well).

i own the phone since one week ....The guys from ulefone have lot to improve in X8, the triple camera is with ouful colour preference,th focus is annoying slow, the pictures...my ex xiomiredmi 3s with ONE camera has made way more good pictures.Not watching videos and not playng games battery in best scenario-two days NOT even a bit more.The phone lags some times.BUT the worst has not to come-the fingerprint sensor oh my goodness, so far just great expectations, hope they fix some of those with OTA uodate.

Camera was not good in low light conditions, and then camera died completely within a couple of days of recieving unit. Overall I think the Build Quality is average witht his unit, and the rubber covers making it waterproof don't seem like they will last.

So does this have Mediatek A25 or P22, reviews seem to have different processors, some have P22 and some A25 :/

Great phone but it is too big!!
Also it has worse processor then Ulefone Armor x5!
But great idea to put fingerprint reader in it..

It looks like Pocophone on steroid. Damn nice especially the yellow accent. Too bad the specs too low.

Why does it have 2 DEPTH CAMERAS?! One is enough I think it isn't even possible to have 2 because a depth sensor combines 2 pictures into one good one so yeah maybe it forces to make 2 pictures at the same time? Let me know

It's good phone but specs are low

Ishan, 06 Oct 2020If this one can play pubg without lag. I'll buy itBro this phone supposed to go in a war. Not to be played a wargame on LMAO

It seems OK, but not great, the Helio A25 is very slow

If this one can play pubg without lag. I'll buy it