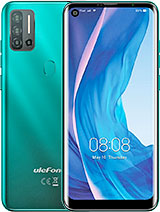 Ok, so, first thing I want to say to all the other people commenting on this phone or any other in this price range about how it doesn't have this feature or that feature or omg look at that huge chin..........................
Please, do everyone a favour and get a life, a hobby, something.
Ok,. I've had this phone for 3½ months now. I am extraordinarily hard on phones and they rarely last me more than six to nine months. I use tempered glass screen covers, a decent case etc. I managed to crack the screen within a week of getting this phone. Not it's fault. I picked it up on that website named for a large and well know tropical River in South america for US$200. I have no major complaints about the phones performance reliability or anything else. It's whacking some of the things that I had on my previous phone a Samsung Galaxy a71 but that is to be expected as this is a significantly lower market phone. But as far as core functions go it's processor has never bogged down there's plenty of memory and other than occasionally hanging up on an app which may well be a problem outside of the phone itself I haven't had any problems with it and it will likely go to it's grave still fully functional, another victim of my harsh treatment. So if you're looking for a fully functional phone that can run Android 11 in provide you with all your basic phone functions it's a good deal for the money and it would last a good long time for someone not like me

Rich, 29 Jul 2021I purchased this phone and its awesome contrary to what som... moremaybe the higher end models of the Galaxy A-series or the latest Oneplus models?

I purchased this phone and its awesome contrary to what some people are saying. Where can you get a phone with Android 11, 48MP Camera, 8GB of Ram, 128GB of Storage built in the phone, holds 2 Sim Cards and a Micro SD card(3 slots total) and its 6.55 inch with Quad x 2GHZ, all under $200.

I like how in the promo picture they put reflections on the edges of the display as if it's bezel-less, but it isn't. Those reflections actually cover up the huge bezels. Deceitfully clever.

lmao eveything about the front, from the resolution to the large holepunch to the huge chin

Where are the bands? I need band 28 and a lot of these phones start at 850 Mhz. One site has it with Band 28 and another without so I need actual info not just a gloss over.

funny, 28 Jan 2021Its funny how they make a curved screen with IPS and pair i... moreIts not gonna be curved

What is this resolution lol

Wtf is this resolution lmao

Wow a 23nm chipset...
I didn't know those were still an option.
Ulefone though is a decent brand. Bought Power 3 back in 2016.
It was feature packed. Charging the 6000mAh battery though was like filling a oil tanker with tablespoon.

Lcd I think cannot be curved

I think they just adopted the 2.5 D glass design n illustrate it in very dramatic "curve edges"- like screen but tbh, it looks ugly

Its funny how they make a curved screen with IPS and pair it with 720p screen. I dont understand this company. anyway I never bought anything from this company. what brought me here was that curved screen,but upon lookinh at the specs, Its like a blockbuster comedy 😅

Curved screen with thick top and botom borders and a big holepunch. Unique i guess