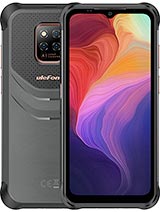 Battery ise ok,bit other features If phone is nonsenss. Apps and phone kleeps unresponsive after few months. 5 months olid phone kleeps just shutting down and restarti AS it wants

Anonymous, 15 Jun 2022The screen cracked after a 10cm drop onto rock front and ba... moreWhat do you mean front and back? This isn't an iphone, no back glass...

The screen cracked after a 10cm drop onto rock front and back, pretty sure it's completely false advertising the phone ever survived a 1.5m drop test. For comparison, my old CAT phone still worked when I dropped it off a 120m cliff. This phone is essentially an expensive very heavy paperweight.

Fantastic phone, however screen shattered when it fell from my pocket as i got out of car. So the 1.5m drop to concrete should be taken with a grain of salt. It was fast, (compared to a samsung a32) did take great under water photos and battery easily lasted 5days between charges

Johnclinton94, 21 Oct 2021Guess they invested all their time in the battery? How long does power armor 14's battery last on games?

The whining here is absurd. This is uleFone's new budget phone that happens to have a huge battery. This phone is for those who need something inexpensive that won't lose power after a day's heavy use. It's not meant for the power user who needs the latest processor, the biggest screen and the most amount of memory and storage.

If you need higher specs with a bigger battery, get the Power Armor 13 instead. This phone will serve me mainly as a backup phone in case my Armor 12 5G is lost, damaged or breaks down.

Johnclinton94, 21 Oct 2021Guess they invested all their time in the battery? you should look at power armor 13

Guess they invested all their time in the battery?

I wonder how they managed to make 10,000mah batterry capacity in such a phone???

Might as well buy a brick over this. You'd be carrying less weight and be saving money.

Aacro X, 21 Oct 2021Ulefone, the only company where every new phone generation ... morehahahahaha

Ulefone, the only company where every new phone generation is a downgrade