This is a bit of an odd situation, but not a unique one on the modern smartphone scene. In what is technically a “leak”, a still unannounced Oppo A53s can now be found on Amazon DE. The listing includes a basic set of specs, pretty detailed images of the device, as well as a pre-order price of €189 and an official release date of October 13.

In any other scenario, this would be a very interesting and bountiful leak. However, as listed, this Oppo A53s seems to absolutely identical to the regular Oppo A53, which was launched late last month in India. So, we can assume that either the official Oppo store on Amazon Germany made a mistake in the listed specs (since the A53s moniker is clearly visible in the product images and less likely an error), or simply decided that the listing’s pre-mature timing is fine since the Oppo A53 will simply be called the A53s in Europe. Or at least Germany.

We are definitely leaning towards the latter, especially since a few hours ago the very same Oppo A53 was launched under the Oppo A32 moniker in China. So, we guess that all naming bets are off at this point and the real news here is that the phone is coming to Europe. 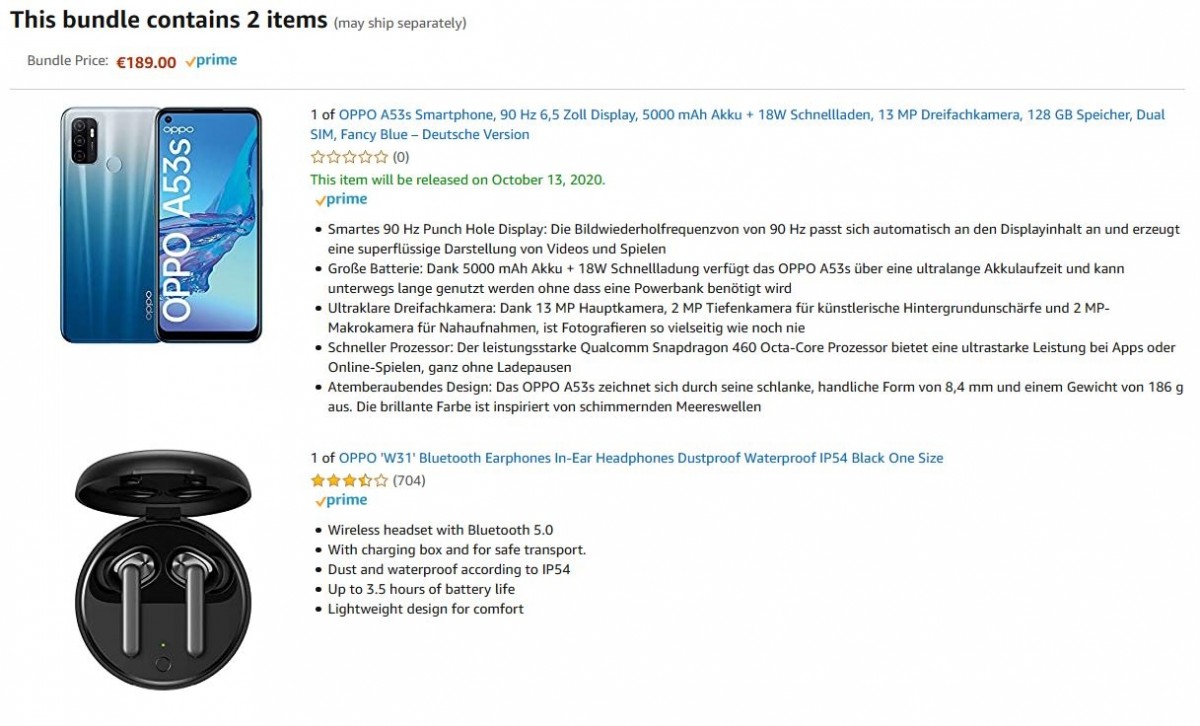 That’s a pretty mild EU price hike in our book. Plus, the Amazon listing, that will be linked in the source, also currently has a pre-order bundle. You can get the A53s in Fancy Blue with a free pair of Oppo W31 Bluetooth TWS earbuds. Apparently, €77 of extra value on their own, as per their Amazon DE listing. Not too shabby.

Oppo A32 arrives in China, it is a renamed Oppo A53

You've come on GSM Arena to say that! Ha ha.

True but most manufacturers do it these days, tons of phones that are all to similar - the only really interesting trend is that you can get a good quality phone for very little money. Here in Germany you get the A53S including the W31 headsets ...