Unknown vivo handset gets benchmarked and has specs outed

Chinese smartphone maker vivo is set to announce its much awaited new entrant in its high-end Xplay line on March 1, as the company has already confirmed. Yet it looks like vivo could unveil another device on that occasion, or perhaps just slightly lower-specced version of the Xplay 5.

That's because a yet-unofficial vivo smartphone, bearing the model number PD1522A, has been benchmarked using GFXBench, which means a pretty complete list of its specs has been outed. 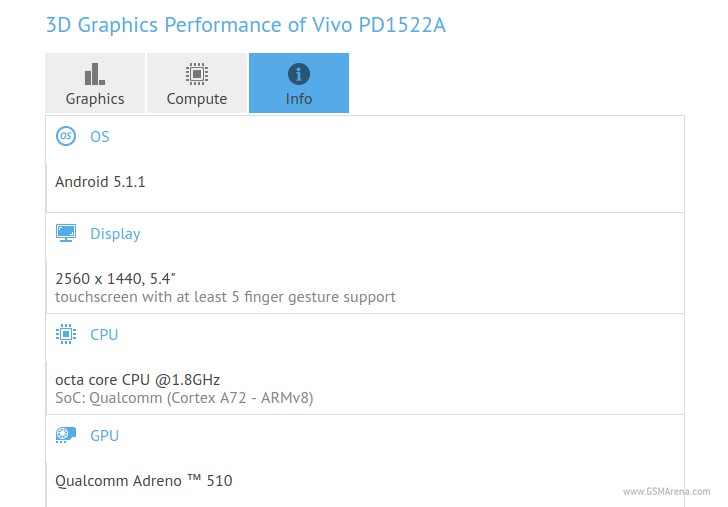 This definitely isn't the Xplay 5, at least not its highest-end iteration if there will be more than one. That will be powered by Qualcomm's Snapdragon 820 chipset, as vivo has acknowledged, and this will be aided by a whopping 6GB of RAM.

The PD1522A, on the other hand, has the Snapdragon 652 at the helm, and 'just' 4GB of RAM. So it could be a different device altogether, or the entry-level version of the Xplay 5, as Chinese companies often release multiple iterations of their wares, with slightly different specs and price points.

vivo confirms that the X80 Pro+ was canceled, as we turn towards waiting for the X90 Pro+

lots of overpriced craps these days

this phone is clearly targeting samsung galaxy A9