A couple of weeks ago Samsung promised that it would treat unlocked Galaxy S7 units sold in the US better than it had up until that point, when it comes to software updates. In fact, the company committed to releasing monthly security patches for those models, and claimed the March update was on its way.

This is now starting to reach unlocked S7 units bought in the US, finally. Applying the update will take your device to the March 1 security patch level, while your baseband version will be G930UUES4AQC1. 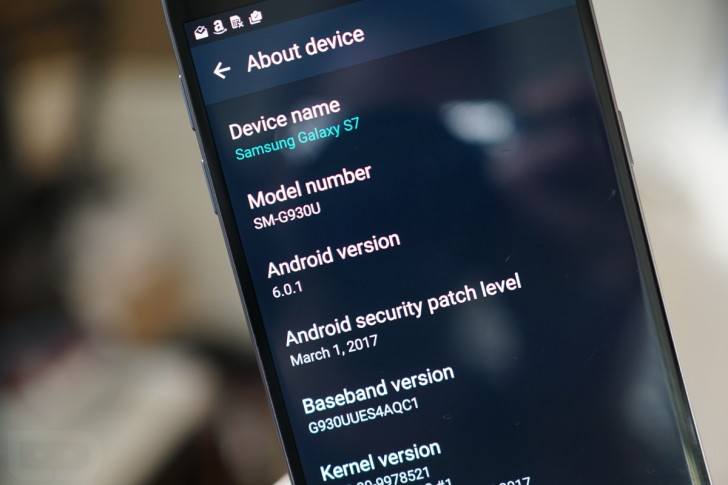 So that's great, seeing Samsung already keeping its promise. There is a problem, however - this still isn't Android Nougat. As you can see, the new security patch is on top of Android 6.0.1 Marshmallow, a version of the OS that is now comically old for a flagship phone to be running. Yet Samsung somehow manages to ignore the fact that it's outed the Nougat update already for carrier versions of this phone. Why the unlocked units are getting this special (bad) treatment is anyone's guess at this point. Perhaps the whole idea is to nudge you towards purchasing your next Samsung handset from your carrier?

I've been with Samsung since almost the start of their Galaxy phones. Sadly, I feel it's finally time to part both ways and look for greener pastures. I don't regret my purchases though. We did have some great times together.

Lol it still amazes me how much crap Samsung gets from insecure haters.

Apple just took minutes for download and updated the OS... Samsung is taking months to upgrade all Galaxy S7 Worldwide.Im still waiting to get the latest version.