A new Vivo phone has surfaced on the popular GeekBench app with performance scores and reveals a Snapdragon 710 CPU paired with 6GB of RAM. The device in question is one with the model number 1951. At the current time, we don’t know what this device’s official retail name will be.

The benchmark leak was initially reported by Nashville Chatter who cites a possible connection between the Vivo 1951 and another Vivo phone that recently went through China’s 3C known as the V1913A. In any case, the Vivo 1951’s scores were typically within what other phones with the same Snapdragon 710 have scored in the past – a multi-core score of 5974 and single-core score of 1907. 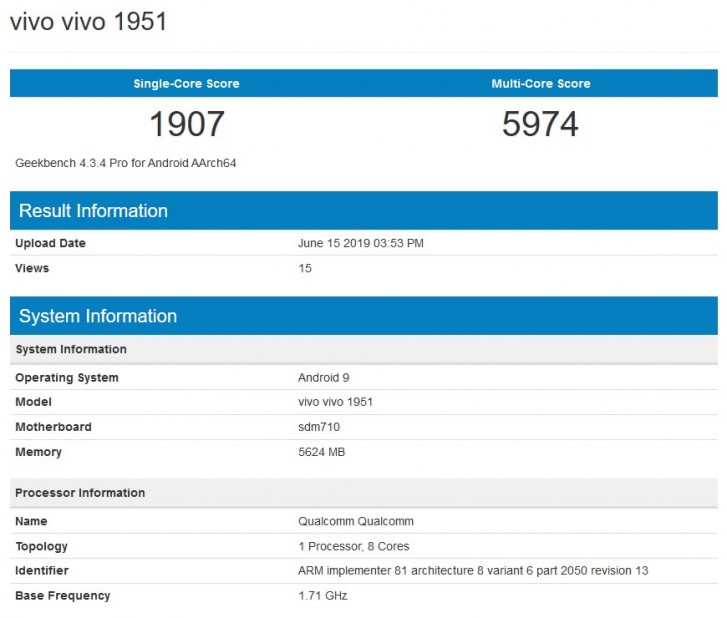 However, a coincidence in time between the 3C’s certification and the 1951’s benchmarks suggest the 1951 is an Indian variant of the V1913A since the 1951 was also certified by India’s BIS, as per Nashville Chatter. The V1913A and 1951 might share similar specifications. Meanwhile, the V1914A is believed to be an iQOO Youth Edition gaming phone. 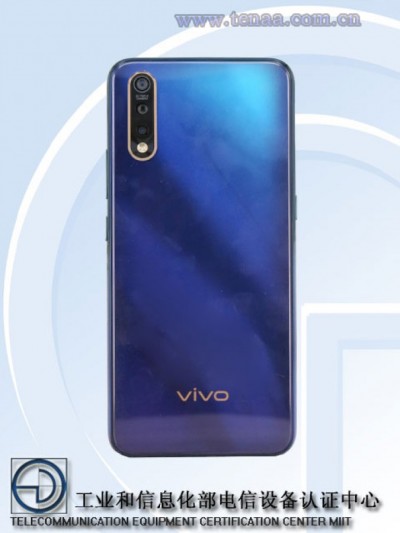 For reference, the V1913A has a 6.38-inch AMOLED display with a waterdrop notch. There’s also a 4,490 mAh battery and comes in either 4GB or 6GB RAM configurations. Meanwhile, there’s a triple camera setup on the V1913A including a 16MP, 8MP, and 2MP camera. We assume they are wide, telephoto, and ultra-wide cameras, respectively. There is also a 16MP front-facing camera and Android 9 Pie is pre-loaded.

Based on this camera setup, its possible this is a variant of the Vivo Z5x intended for a different market.

Vivo Z1 Pro is shaping to be a gamer-centric smartphone

dimension will more than 160mm to make explosion in your eyes

why VIVO releases a new phone every week?

Exclusive Vivo technology will allow you to time travel back to 1951. El. Psy. Kongroo.