Earlier this week, OnePlus officially acknowledged the OnePlus 6 bootloader vulnerability, and said it will be fixed soon. In line with that promise, the company has released a new update containing the fix. 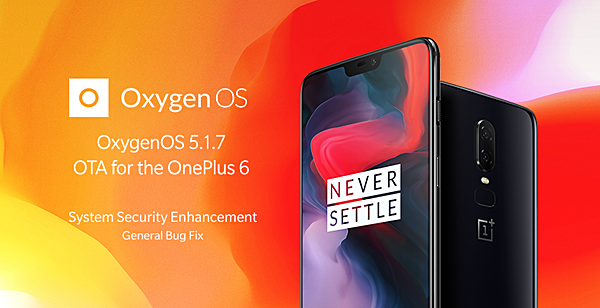 The update arrives as OxygenOS 5.1.7, and also includes a fix for the DND schedule setting issue, as well as some general bug fixes and improvements.

The 5.1.7 update will not be released for India region, as we are still working on a fix based on the logs we have received from users who have reported these issues

Indian users will instead directly get the 5.1.8 update that's set to arrive next week. That update will include the fix for stability issues as well as all the features included in the 5.1.7 update.

Silk White OnePlus 6 is available again, act fast if you want one

It says in the article. "Indian users will instead directly get the 5.1.8 update that's set to arrive next week." So hold old a week or so and you'll get it

Got the update just now