Earlier this week, Sony France said in a tweet that the dual-SIM variant of the company's Xperia XZ Premium smartphone features the ability to use two SIM cards and a microSD card simultaneously.

If you try accessing that tweet now, you'll not be able to do so, as it has been removed. Reason? Well, it's likely because the device features a hybrid SIM tray instead. Yes, you can only use one SIM card when a microSD card is being used.

The handset's user manual confirms this: 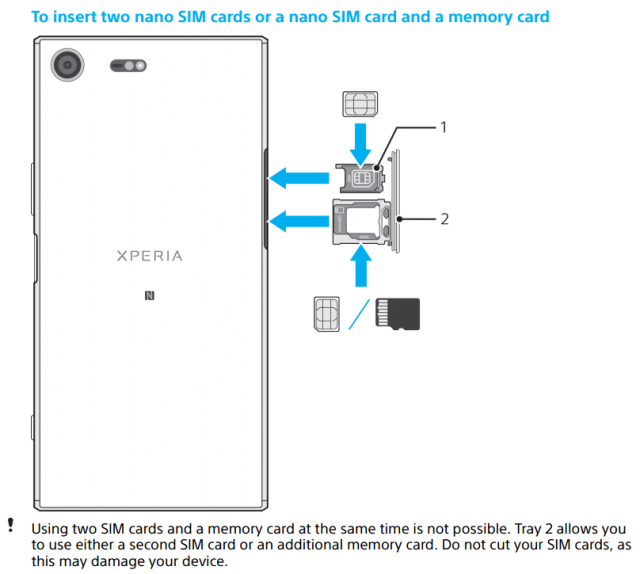 Even some of those who have purchased the phone have also confirmed the presence of hybrid SIM tray:

@XperiaBlog I just picked the phone, and it is hybrid SIM and SD tray. As this is the only model selling in Hong Kong as told by Sony store HK. pic.twitter.com/CSOZto9GpT

Red Sony Xperia XZ Premium is on the way too

Buddy, with or without animations, Samsung smartphones is the worst smartphone history, because of the massive bloatware "touchwise", hehehe, by the way, Xperia ui is the stock Android ui.

"At least it has the ufs word" Doesn't change the fact that they lied. They even posted that in the device spec pages, unlike Sony. Sony only put up a false tweet :)

LOL. samsung has option to disable/enable animations. but sony dont, because it is designed not to have any animations. xperia ui is the ugliest android ui. LOL. hoohoohoo..