Exactly as announced by an HTC exec yesterday, the rollout of the Android 7.0 Nougat update for the HTC 10 units sold by Verizon is now underway. This has been a long time coming, to say the least. Unlocked HTC 10 units sold in the US have been on the new OS version since last year, while other carriers such as T-Mobile and Sprint have already pushed it to their respective models.

And now it's Verizon's turn. Once you get that coveted update notification, make sure you're on Wi-Fi or have enough signal on Big Red's network before you start the download. After you've applied the update, you'll be on build number 2.41.605.12, running Android 7.0. 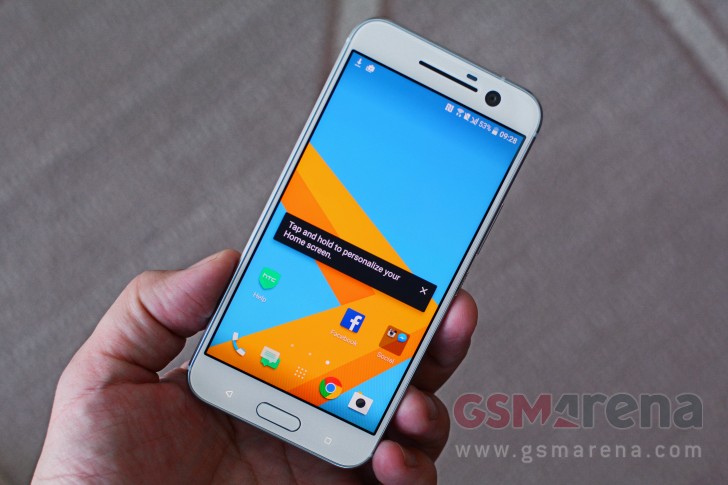 As always, an over-the-air rollout such as this may take a few days (or even weeks) to reach all the devices out there. If you're impatient you can try to manually check for the new release by going to Settings > About Phone.

The new software version will bring you all the goodies of Nougat, including (but not limited to) native split-screen multitasking, a revamped notification system, a reorganized Settings app, Data Saver, and the feature that lets you double-tap on the Recents button to jump to the previous app.

Nougat for Verizon HTC 10 will roll out starting March 30

HTC One A9 is now receiving Android 7.0 Nougat update in Europe

HTC One (M8) on T-Mobile gets Nougat update

Well YAY!!! Downloading as we speak. Yes the wait was long but it is here... Looking forward to see what changes it brings.. I LOVE my HTC 10. Have had nothing but the HTC Incredible on up to the Ten since I found HTC...

Yeah, still on 6.0.1 December patch. Totally disappointed in verizon. HTC 10 is the best phone of 2016 but they forgot about it

OMG, their HTC sync manager still says that software is unavailable. Shame on you HTC and Verizon, never ever again.