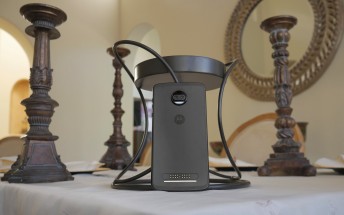 The latest smartphone to be graced with an update to Android 8.0 Oreo is Verizon's version of Motorola's Moto Z2 Force. The new software has started rolling out earlier today, and as usual it might take multiple days (or even weeks) to reach all the units out there in the wild. This final release follows a soak test that took place in Brazil in November. Hopefully all the kinks have been ironed out by now.

Motorola's changelog highlights the fact that, once you install the new release, you'll be able to launch apps or take action based on highlighted text. Apps should also run faster and smoother, apparently, and "Unread" badges will be on top of home screen icons of course - you long press to take action (or simply do the same in the notification pane).

Redesigned emoji are baked in too, as well as "all new call screens". Otherwise, you should expect to get all the new features that Google has put into the first (8.0) iteration of Oreo, which you can read all about in our comprehensive review of the OS.

Motorola Moto X4 in for review

It's still really good considering they have increased their portfolio of devices a lot more now and they have to deliver the update to more devices than those lasts years when they had 3 - 4 phones. Nokia is doing good but it was to be expected, ...