Verizon's Sony Xperia Z4v will be released on August 13

Last month Sony and Verizon announced the Xperia Z4v, a slightly enhanced version of the Z3+ which will be exclusive to the carrier nicknamed Big Red. This arrangement follows in the footsteps of the Z3v from last year, so it's no surprise really.

One of the important details that was missing from the unveiling of the Z4v was its release date. Thankfully though, Sony has now decided to give us that. 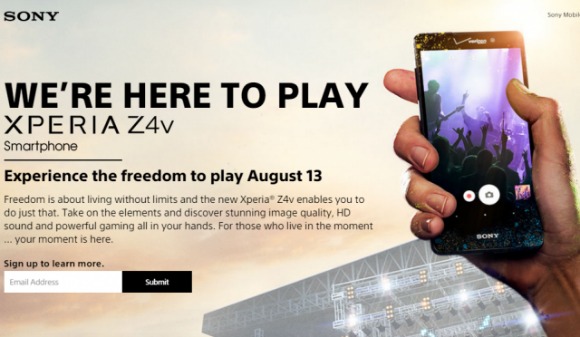 As you can see, it will be August 13. The image above is basically a screengrab of Sony's official microsite for the Xperia Z4v, so we expect the date to be correct.

Unfortunately we still have to wait in order to find out anything about how much you'll have to pay for the device. That said, we can't imagine it will be cheap given its high-end specs.

Just get the real thing. over all better experience. what device are you using with the ports?

anyone trying to save a buck. Most of us like cheap. but Im going to quit and just upgrade. I'm tired of the process.