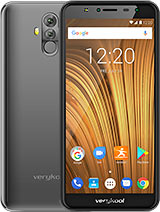 this phone is verykool

this phone is verykool

Very Kool if you're desperate for a cheap burner phone and you're down to last few bucks.

Al96, 20 Oct 2020miami, usa. (not china as you might think)Most likely the company is based in Miami, but not the products. They are probably just a bunch of young dandy dudes who bought mass quantities of generic Chinese phones and then rebranded them as "verykool"

They probably never cared about their products at all, they just wanted to see how much they could profit from selling these cheap phones. Obviously, such a business won't last long, that's why they haven't released anything in three years.

Verykool is not very cool.

What a VeryKool phone I see lol.

this phone is not verykool

Can we talk about the name for a sec? like was it named by a 5 year old?

this phone is not verykool

I mean no one has heard of this company anyway and all of their devices look mega cheaply made and horrid, soooooo

Rex.Power.Colt, 28 Apr 2019It's probably because that Verykool is a poorly conducted f... moreYou shouldn't hold back. Tell us what you really think. :)