vivo iQOO Z1 to arrive on May 19, first images leak

Last week MediaTek introduced its new chipset Dimensity 1000+ and revealed the first phone will be a vivo device from the iQOO family. Later we learned the name of the phone will be iQOO Z1, and today an official confirmation arrived, along with a launch date - May 19, which is next Tuesday.

While we have verification from vivo, the leakster is once again a step ahead of the manufacturer, giving us live photos of the phone. They show the iQOO Z1 will have a single punch hole on the front and a 144Hz screen. 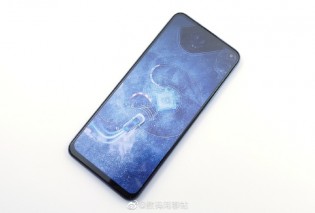 The 144 Hz refresh rate was also mentioned by vivo, and that shouldn’t be a surprise - after all, iQOO is the gaming family of the manufacturer, so a high rate is pretty much expected, even if the Z1 is going to be a midranger.

Other specs are yet to be revealed, but we expect the screen to be LCD, since the fingerprint scanner is on the side below the volume rocker, doubling as a power button. The vivo iQOO Z1 will come with 5G support too.

Pre-registrations have already opened at some Chinese retailers, and people who sign up now will be among the first to learn about the launch of the Z1 next Tuesday.

on contrary, that spot is the most used by games, either in portrait or landscape mode, for your avatar, game setting, game status, your HP bar etc

Regression? If you would do a little research you'd know better We are now in a trend of high refresh rates and guess what.. LCD really reigns supreme in this category Check out the most expensive gaming monitors with as high as 360hz ...