vivo V7+ to debut on September 7

vivo announced its V5-series phones in the beginning of 2017 and just 8 months later the successor vivo V7+ is arriving. The company set the date for the unveiling of the new phone at an event in Mumbai - September 7. It will be selfie-centered and the front screen will be similar to Samsung's Infinity Display and LG's Full Vision. 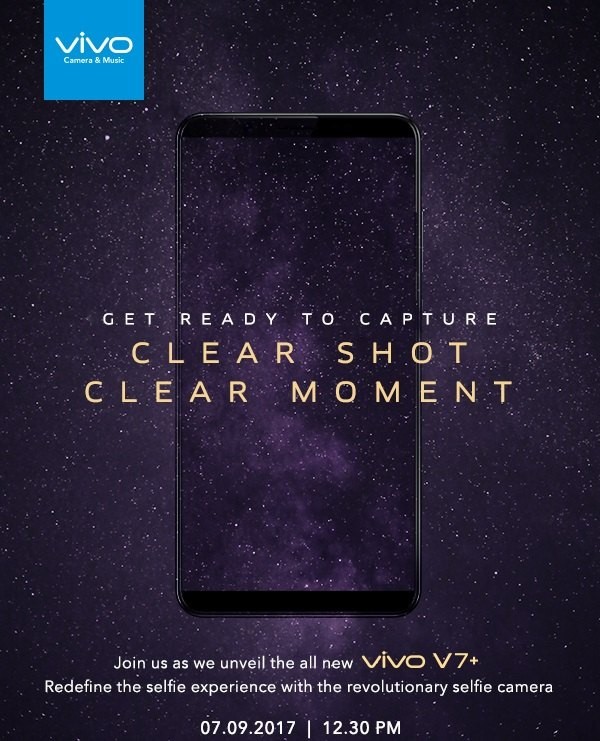 The invitation is coming with the “Clear Shot. Clear Moment” slogan, that is coupled with another sentence “Get ready to capture”. The new vivo phone will “redefine the selfie experience with the revolutionary selfie camera”, as the invite reads.

According to rumors, the vivo V7+ will have a 5.5” Super AMOLED display with Full HD resolution. It will run on Snapdragon 660 and will have 6 GB RAM, coupled with 128 GB storage. The battery is expected to be 3,500 mAh and the OS will most likely be Android Nougat, although vivo might plaster its Funtouch OS 2.6 on top.