When vivo announced the NEX S back in June 2018, it was a groundbreaking smartphone with a huge screen and an elevating selfie camera. Eventually, the Shenzhen company developed its OS to introduce software boosters, wrapped under the name Multi-Turbo Engine.

The company was the main partner of the PUBG Mobile Club Open championship in Berlin that took place this weekend and all players of the 16 teams, playing in the finals, used a vivo NEX smartphone with Multi-Turbo Engine and Turbo Mode. 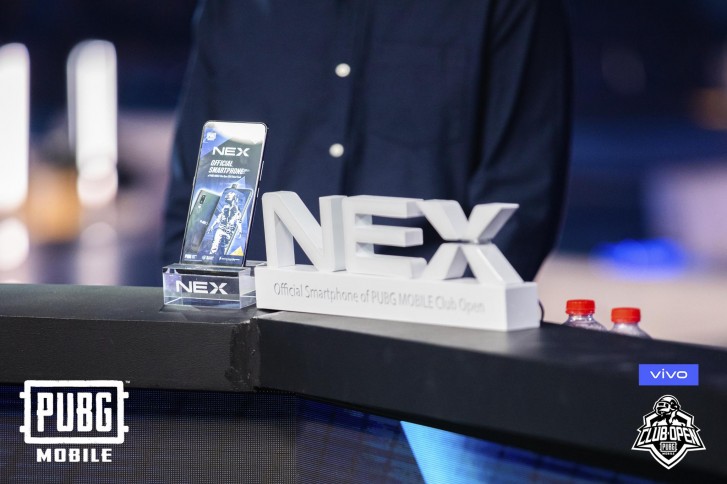 Multi-Turbo Engine is a series of boosters for the software and hardware to provide a better gaming experience, even if it’s beating the life out of components. Game Turbo connects to the game performance SDK to enable specific optimizations to PUBG Mobile and other popular mobile games.

Center Turbo prioritizes CPU and internal storage to work specifically for games - it eventually reduces FPS lag with 78%. There is also Cooling Turbo that does its magic through thermal management features and of course AI is also in the mix - AI Turbo “intelligently allocates” CPU/GPU power.

Photos from the stage of PMCO 2019 Finals

All players in the finals using the vivo NEX had also Turbo Mode that optimizes the display specifically for PUBG Mobile. It comes as a result of the partnership between the developers of the game and the smartphone company and it supports HDR+ Extreme and delivers a stable high frame rate.

Every owner of vivo NEX can use these features as well, provided he has the latest software update with FunTouchOS 9. They can also try for another set of PMCO finals, taking place this fall.

these guys using the gaming phones look so uncomfortable with that headphone jack or charger obstructing the game- i dont know how you could competitivly game on this device...

I mean hardware is always talking with software if you can make the conversation have less middle men then you can optimize the hardware it's not about making it overcome it limitations....