The vivo NEX 3 5G was introduced back in September 2019 with a Snapdragon 855+ chipset. Now, according to a leaked benchmark, a device codenamed V1950A, said to carry the NEX 3 moniker as well, appeared on Geekbench with Snapdragon 865 chipset.

The phone will also apparently have an 8GB RAM option and Android 10, despite vivo delaying its in-house Funtouch OS 10 rollout. 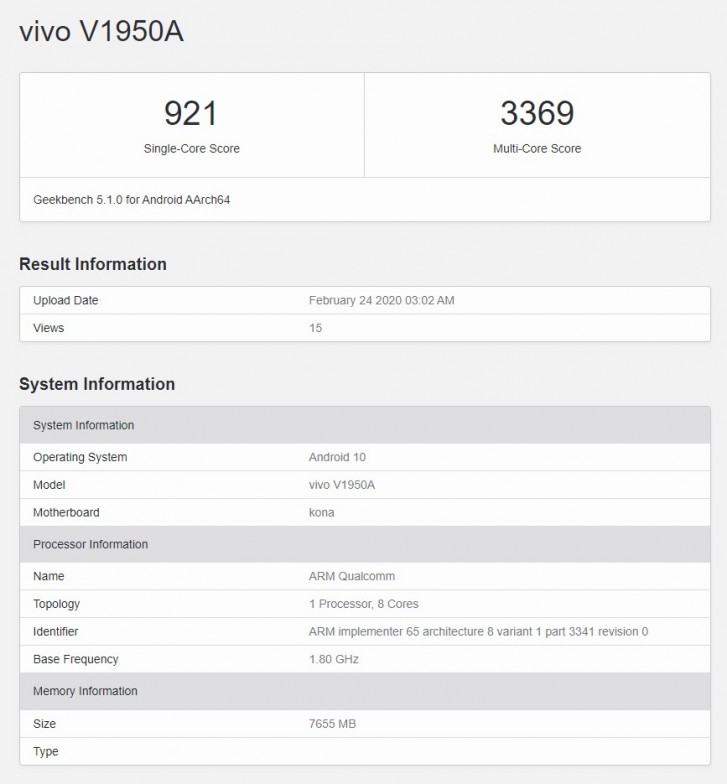 Bringing an updated variant of a phone is a thing vivo has already done with its iQOO lineup and we wouldn’t act surprised to see the same happen to the NEX family. Nevertheless, the 921 single-core result and 3369 multi-core result are impressive numbers, but we wouldn't read too much into results posted by what is clearly a pre-release unit.

FuntouchOS 10 rollout delayed due to Coronavirus

It's a shame the iQoo Neo and NEX series aren't sold in SE Asia. Instead, they sell rubbish models like the V17 Pro and Y91c. V17 Pro's popup cam can wobble, tested it already, beware. realme XT/X2 or Redmi Note 8 is way cheaper and more reliable. If...